ISRO Chairman Dr. S. Somanath recalls his early days at ISRO, what it takes to be a space scientist On the level of knowledge and attention to detail that ISRO has developed over the years, the Chairman said that ISRO's engineers know so much more about nuts and bolts, than one can ever study in an engineering college. (Image courtesy: Dr. S Somanath) Photograph:( Twitter )

On the level of knowledge and attention to detail that ISRO has developed over the years, the Chairman said that ISRO's engineers know so much more about nuts and bolts, than one can ever study in an engineering college

Fresh out of engineering college, on his first day of having joined the Indian Space Research Organization (ISRO) in 1985, S. Somanath was responsible for carrying out at least five tasks, of which he knew nothing about. There were no classes, no training, but the only saving grace for the freshly-minted engineer was the opportunity to meet scientists working on various projects in the organisation and to learn from their experience. "We learnt from people and were allowed to fail… I'm not sure how many times I failed. Every time I did something, there was always a failure. " Dr. S. Somanath, who currently serves as Chairman, ISRO, smiles and reminisces about his initial days in the Indian Space Agency. He was speaking at an event organised by Indian space start-up 'Manastu Space'.

Recalling the time when he worked on the Polar Satellite Launch Vehicle (PSLV) project, Dr. Somanath said that ISRO's organisational culture encouraged even the junior-most people to take decisions, test and fabricate components, and share the test results with their bosses. "Many of my efforts during PSLV time were met with many problems and failures… This learning came to us not by accident, but through many failures… I have seen at least ten instances of fasteners failing and causing havoc in joints…" he said.

On the level of knowledge and attention to detail that ISRO has developed over the years, the Chairman said that ISRO's engineers know so much more about nuts and bolts, than one can ever study in an engineering college. However, he also added that even today, ISRO's teams were studying to gain more understanding about nuts and bolts, as the understanding of them has not ended even today. Citing an example, he said that a typical rocket structure comprises 3,000 fasteners or rivets and how the failure of even one rivet could cause a catastrophic failure. Likewise, he also made a mention of how a single electronic circuit connection failure out of lakhs of connections could lead to a failure. It was principles like these that were constantly re-established in the minds of the scientists, in order to foster an unimaginable level of attention to detail.

"Whenever you leave anything to chance or because some big man said it would work, there is no guarantee that it will work. We have to prove it on paper with analytics, calculations, and theoretical foundations, and this proof is required every single time, "Somanath said, while emphasising the need for a critical mindset and a cynical approach. He added that every successful space system is the result of a questioning mindset and that inculcating a "tomorrow it is likely to fail" mindset in designers and engineers would result in wonderful systems.

As a message to students willing to foray into the space sector, Somanath said that space technology was nothing special and that it was the same engineering sciences (electrical, mechanical, and chemical) that make everyday products. However, he explained that space technology was different in terms of applying the science and carrying out the project execution. Listing out the key abilities and skills of a space scientist, he emphasized upon having a deep understanding in one domain and stated that such an understanding cannot be obtained from textbooks or the best Universities. Instead, he said that such knowledge could be acquired only by working with experts who have already burnt their fingers by making multiple attempts.

However, he also cautioned that people must take a balanced approach between the radical ideas of youngsters and the cynical approach of senior scientists. He explained that following a safe and cynical approach (of seniors) could prevent losses, but also curtail innovation, whereas the new ideas of youth can help think up and execute out-of-the-box ideas and foster innovation (with the obvious risks of losses).

On developing subject matter expertise in one domain at least, he said that anyone could do an average job, but only an expert could perform a highly-skilled job. "If you appreciate the expertise of another person, you can work as a team, because being an expert in a single domain can't help you achieve anything. With experts from across domains joining you, "even ordinary people with expertise can make things possible," he concluded. 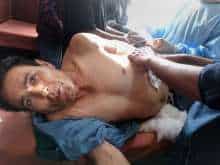