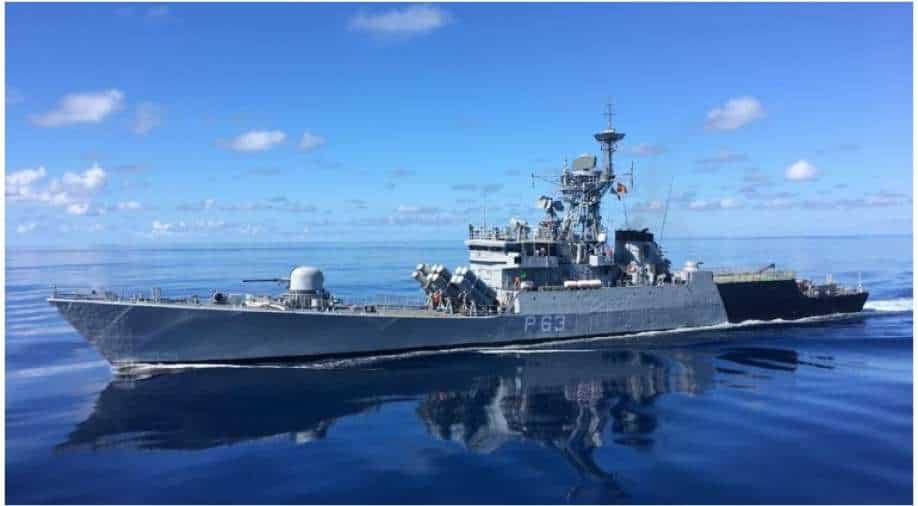 A file photo of an Indian Navy ship. Photograph:( Twitter )

The Indian naval training team will be deployed in Madagascar for capacity building and training of the Malagasy Special Forces for two weeks.

"INS Jalashwa reaches the port of Antsiranana, Madagascar with a five-member @indiannavytraining team to help capacity building and training of the Malagasy Special Forces for two weeks," Indian ambassador Abhay Kumar wrote in a tweet.

A four-member delegation led by Major General Leon Jean Richard Rakotonirina, Minister of National Defence, Republic of Madagascar visited India from February 3 to 5 to participate in the Aero India 2021 and IOR Defence Ministers Conclave at Bengaluru.

The supplies of food assistance and support for capacity building to Madagascar is in line with Prime Minister Narendra Modi's vision of SAGAR - Security and Growth for all in the Region and India's time-tested role as a net security provider in the Indian Ocean Region.