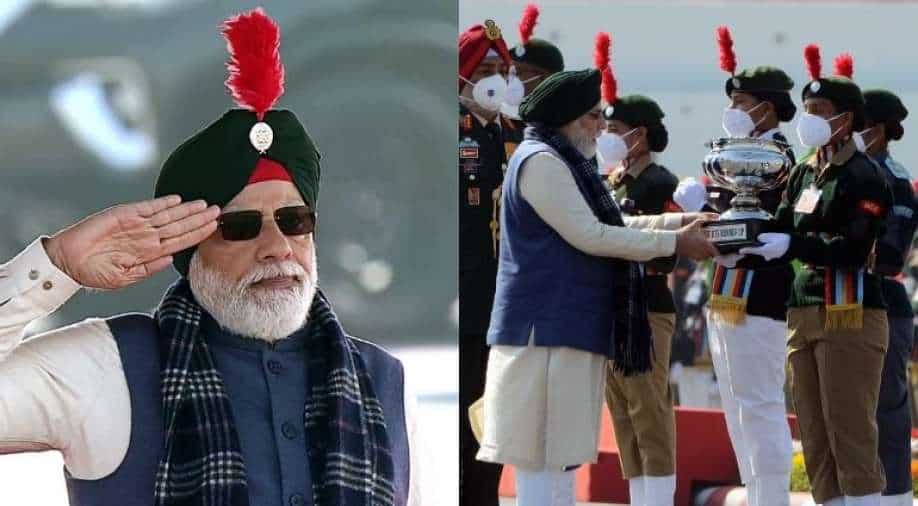 The Prime Minister said that in the last two years, the government has created over 100,000 new cadets

Indian Prime Minister Narendra Modi on Friday lauded the National Cadet Corps, the youth wing of the Indian Armed Forces for their contribution to the country and said that the government has created over 100,000 new cadets in the border areas of the country.

"The training I got in NCC and the things I learned here have provided me immense strength in delivering upon my responsibilities. Recently, I had also received an NCC alumni card as well," said Modi while addressing an NCC rally at Cariappa Ground in the country's capital Delhi.

In his remarks, PM Modi pointed out that the young country is witnessing such a historic festival with a different enthusiasm today.

"The country is celebrating the Amrit Mahotsav of its independence. When a young country becomes a witness to such a historic festival, there is a different enthusiasm in its celebration. It is visible even on this ground today. This is the vision of the youth power of India, which will fulfill our resolves," he said.

The Prime Minister said that in the last two years, the government has created over 100,000 (one lakh) new cadets in the border areas of the country.

"Today, when the country is moving forward with new resolutions, then our efforts are also going on to strengthen the NCC in the country. For this, a high-level review committee has been set up in the country. In the last two years, we have created one lakh, new cadets, in the border areas of the country," he said.

Further, he announced the formation of a high-level committee to empower NCC cadets.

"As the country walks ahead with a strengthened vision, we are taking steps to further empower the NCC as well. A high-level review committee has been formed" he said.

Further, the Prime Minister said that there are 90 universities in all parts of the country that offer a NCC elective.

He added that "the number of girl cadets here shows that India's ideas are changing. The nation needs your participation and service and there are immense opportunities for women in several sectors."

Every year, the rally is held on January 28 as part of NCC's Republic Day Camp.