India's car, motorbike sales surge as dealerships stock up ahead of festive season 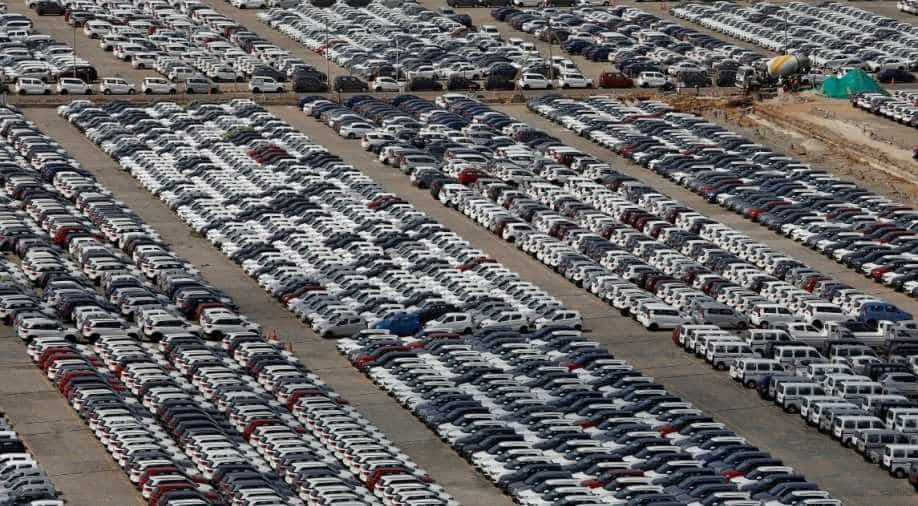 Cars are seen parked at Maruti Suzuki's plant at Manesar, in the northern state of Haryana Photograph:( Reuters )

Passenger vehicle wholesale sales in September surged 26 per cent from a year ago while sales of motorbikes and scooters to dealers rose 12 per cent, after months of decline due to the coronavirus pandemic

Passenger vehicle and motorbike sales surged in September as companies stocked up dealerships in anticipation of a surge in demand for personal transport during the festival period starting later this month.

Passenger vehicle wholesale sales in September surged 26 per cent from a year ago while sales of motorbikes and scooters to dealers rose 12 per cent, after months of decline due to the coronavirus pandemic, according to data released on Friday by the Society of Indian Automobile Manufacturers (SIAM), a trade body.

However, retail sales of passenger vehicle for September grew just 10 per cent from a year ago while motorbike sales declined about 12 per cent over the same period last year, the Federation of Automobile Dealers Association of India said last week.

Companies typically stock up dealerships ahead of major festivals, such as Diwali in November, during which Indians often make large purchases.

"There is good festive demand right now. To judge whether it is real or sustainable we will have to wait to see the demand in January 2021," said Kenichi Ayukawa, president, SIAM and managing director of Maruti Suzuki, India's top-selling carmaker.

Prime Minister Narendra Modi's government is pushing ahead with a full opening to try to boost the economy ahead of the usually high-spending festival season.

Demand for personal transport, which is seen as a safer option amid the pandemic as compared with taking public or shared transport, has propped up sales of small cars and motorbikes in recent weeks.

But even as sales for September surged, wholesales for the first six months of the current fiscal year are down 34% from a year ago, SIAM data showed.