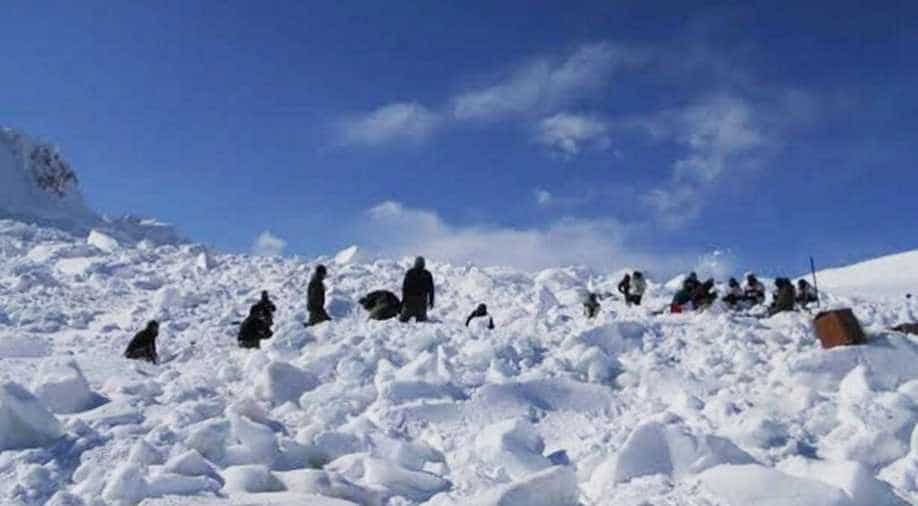 The avalanche struck the camp located in the northern Siachen Glacier, at a height of 18,000 feet at around 3.30 pm on Monday.

An avalanche has hit Indian Army positions in the Siachen Glacier where some Army jawans are stuck under the snow.

According to preliminary information, the avalanche struck the camp located in the northern Siachen Glacier, at a height of 18,000 feet at around 3.30 pm on Monday.

Rescue operations by specialised teams of the Army are underway and are being coordinated from other Army bases in the nearby areas.

The incident highlights the severe dangers that soldiers face in manning the inhospitable terrain at heights of 18,875 ft in intense climate conditions on the world’s highest battlefield.

In 2016, Ten soldiers, including nine jawans of the Indian Army's 19 Madras battalion and one junior commissioned officer (JCO), were killed after an avalanche came crashing down on their post situated at 19,600 feet on the Actual Ground Position Line, which is India's border with Pakistan at Siachen.

Around 900 soldiers have lost their lives due to bad climatic conditions in Siachen Glacier since the 1980s.