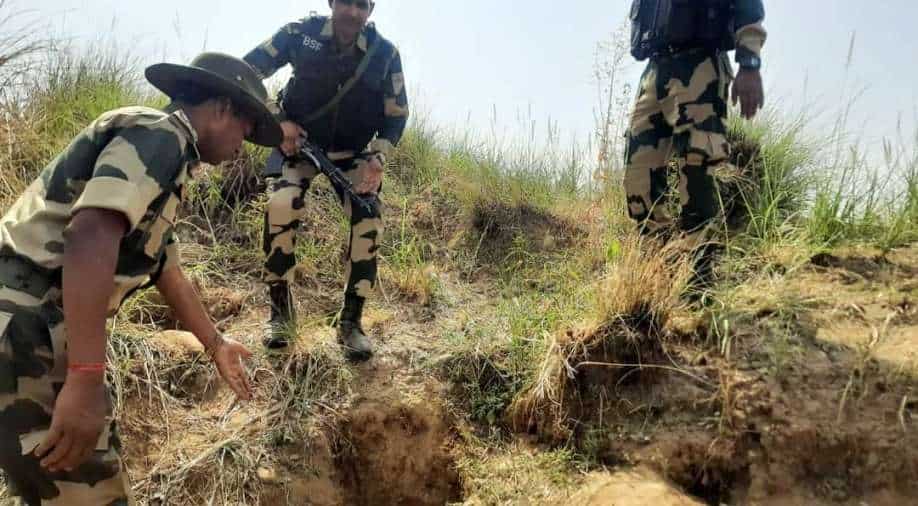 The officers believe that the tunnel was by two suicide bombers of the Pakistan-based Jaish-e-Mohammed (JeM) terror group to sneak into India, news agency PTI reported.

India’s Border Security Force (BSF) on Wednesday said they have foiled plans of the Pakistani-based terror groups to attack Amarnath Yatra after detecting a cross-border tunnel along the International Border in Jammu and Kashmir's Samba district.

According to the Indian security force, the tunnel is 150 metres long and originates in Pakistan. Its opening was about 2 feet and sandbags were used to strengthen the exit of the tunnel.

Apart from that, a 265-feet long Oxygen pipe was also found in the tunnel as a further search was underway.

The officers believe that the tunnel was by two suicide bombers of the Pakistan-based Jaish-e-Mohammed (JeM) terror group to sneak into India, news agency PTI reported.

The suicide bombers were neutralised two weeks ago during a gunfight that ensued shortly after attacking a CISF bus, killing an Assistant Sub-inspector in Sunjwan area of Jammu on April 22.

"With the detection of this tunnel, BSF-Jammu has foiled the nefarious designs of Pakistan-based terrorists to disrupt the upcoming Amarnath yatra," PTI quoted BSF DIG SPS Sandhu as saying.

Inspector General of BSF Jammu Frontier, DK Boora informed that this tunnel was the fifth one detected in less than one-and-half years.

"This shows the evil strategy of Pakistan establishment to create trouble in India," Boora told reporters in Jammu.

The BSF had launched a massive drive to detect any tunnel along the International Border following the April 22 encounter in the Sunjwan area of Jammu.

BSF has been keeping a strict vigil on 192 km International Border and Line of Control (LoC) alongside the Army to scuttle any attempt of infiltration of terrorists, smuggling of weapons and narcotics and drone activity from across the border.