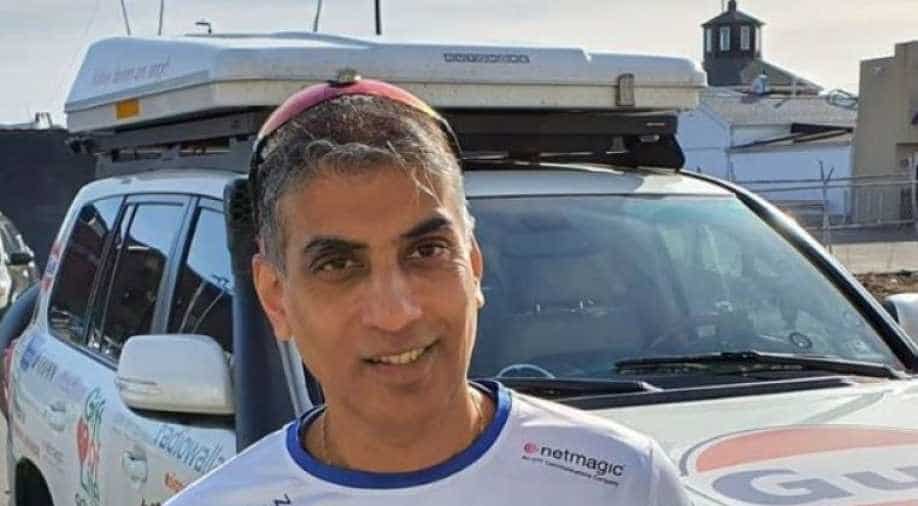 Indian-American entrepreneur Anil Srivats is one individual who changed his brother’s life by donating him a kidney back in 2014 - an event which changed his life for good.

“Don’t take your organs to heaven, heaven knows we need them here,” said Maxie Scully who died on August 12, 2006, after a lifetime battle with an illness.

Scully was told at the age of 21 that his kidney had failed and he was given three days to live. After a transplant, he went on to live for 30 years and at the time of his death was Ireland’s longest surviving kidney transplant recipient.

Indian-American entrepreneur Anil Srivats is one individual who changed his brother’s life by donating him a kidney back in 2014 - an event which changed his life for good.

Srivats started “Gift Of Life” Adventure - a series of overland expeditions aimed at spreading organ donation awareness. He hopes to encourage people to start a conversation on the subject. In an exclusive interview to WION, Srivats highlighted his vision and mission, his solutions for the standing issue and a message for people across the world on organ donation.

As he drove across 43 countries - being on the road for over 400 days and sharing his story with over 73,000 people - Srivats shared his experiences of living in his car and exploring some amazing events in this interview with us. Below are the excerpts from the interview:

WION: When was the first time you began this initiative?

Srivats: The first time was 6 months after my brother had the transplant. That was sometime in March 2015, when he and I went cycling to Spain to let people know that life can still be good after the transplant.

WION: What was the major driving factor behind this initiative and the expedition?

Srivats: The idea was to let people know that after a kidney transplant life can be as normal or even as extraordinary as before. A lot of people I see are afraid. I gave my kidney to my brother and there are still over a million people in India who are looking for a kidney. My decision was based out of my love for my body. So the two questions I had with this whole thing was either there is not enough love or there is something else. That something else is common to everybody and that’s fear. They are afraid of what would happen to them if their life would be normal. There are not enough stories in the public media domain of live organ donors like us. You have plenty of stories of recipients. So there are not enough stories to show they are doing fine so others can have the courage and the confidence to do it. If I want to become the first story, I would like to add others’ stories, of people like me to my story and that’s how I started the foundation. Soon, I started to collect panel of speakers who are living with organ donors and hopefully we’ll start hearing their stories too. The fact that I started driving for this, allows me to get to the grassroots around the world and speak to people of all communities. Because I’m doing this, I also get the support and attention of the media around the world and my story goes out at a much larger scale. What I am doing is hard to do, but I enjoy it. Telling my story face to face to somebody is far more effective than shooting videos and putting it on social media. When I look into the whites of people’s eyes and them into mine, they are able to relate as I tell my story as a person who has actually done it, the impact is different.

WION: What were your most unique experiences down the lane?

Srivats: Initially it was about crossing borders. Each border is different. What I have found is close to what Zee actually believes - Vasudhaiv Kutumbakam. Everywhere we’ve gone, 43 countries, people are generally good. There is so much good news in the world that we hardly see it on TV. Most of the people haven’t even heard about organ donation. There is so much to do in this space.

WION: What solutions does India need where there is pendency for around 2 lakh kidneys and the availability is under 500?

Srivats: Indians are everywhere and we are probably the community that donates the least organs. I give you the statistics of England, 30 per cent of those waiting for an organ transplant are Indians in the UK because we have the highest susceptibility to kidney and liver failure because of our diet. If you look at the donor list in the UK, less than 4per cent are from the Indian subcontinent. There is an inherent problem as a community. India as a country has other issues, awareness is one of them. Two years ago I drove around India for 5 months. I was doing my 'Swades' moment and I found there is so much generosity in tier-2, tier-3 and rural India as compared to cities in India when it comes to organ donation. But unfortunately, there are not much collection or retrieval centres that they have access to. They want to donate but there is no place to donate. Infrastructure in India is the biggest issue and nobody is addressing this, otherwise, we would have solved this problem a long time ago had we just reached out and gone to their communities. The law in India is not easy, the infrastructure is not easy.

WION: How do you fund your trips?

Srivats: I have sponsors, they take care of the hard costs, my travel. I live in my car, I cook in my car, I have a lot of my life in my car, so my car needs to be comfortable. My sponsors take care of that. But I still need to fuel the car, eat and stay in hotels once in a while when the weather is bad or when I feel it’s unsafe to stay in the car. That is crowd funded. I have fundraisers going on, even on Facebook.  When I drive, I hold talks with schools, communities, senior centres, rotary clubs, I carry a hundi with me and people just contribute whatever they can and I use that money for fuel and food sometimes. It’s not easy but it’s a huge lesson in humility.

WION: What kind of response do you mostly get?

Srivats: If I had to book a hall and sell tickets to people to come listen to me talk, I wouldn’t sell one ticket. So when I get into a captive audience where they insert me in an existing programme, not one person leaves the room because, obviously, my presentation skills have improved over time. I’ve done over 300 talks so I end up making people laugh like a standup comedian.  But to get them in the room is really hard because the subject matter is not very interesting to anybody. We do not realise, we worship Lord Ganesha every year with huge pomp and show, he was the first recipient of an organ.

WION: What is your message to people regarding organ donation?

Srivats: Organ donation is an act of love. It is something people need to consider for a couple of reasons. Even if we look at the way we conduct our last rites depending on our religion, some religions bury their bodies, some religions cremate and at the end of the day the basic premise of cremation is to put your body back in the universe - ashes to ashes, dust to dust. The Parsis put their bodies in the tower of silence, so even after death they can become food for the birds and be useful for the universe. Organ donation is no different, especially after we die. They're anyway doing things for our bodies to go back to the universe, so giving parts of our body to some human being who needs it is also part of the universe. So, the act of love has to come from inside and for that you need to get rid of the fear, because people are afraid for themselves and their next lives and they find a reason to say ‘no’ because they are afraid of something. If you are looking for a place in heaven, every religious scripture says “Jeevan daan hi sabse bada daan hai” (gift of life is the biggest gift possible). The only way to become an organ donor is to start a conversation at home. Signing up, especially in India is useless, because signing up is not legally recognized. I can sign up but the law gives my family the right to decide for me whether I want it or not.

WION: Any country model that you see from where India can learn from?

Srivats: Unfortunately, India is learning the wrong things from every country. There are countries in Scandinavia and Europe and Ireland recently became an opt out country, which means every citizen of these countries is automatically an organ donor unless you opt out in writing that you don’t want to be and state the reason. This is because statistics have shown that people who opt out or people who opt in, the rate is the same. So you may as well make them organ donors by default as very few people will write in an opt-out. For a place like India where there are so many superstitious beliefs that are plaguing this humane act, if the law comes in place everybody will be forced to come on the way of humanity.