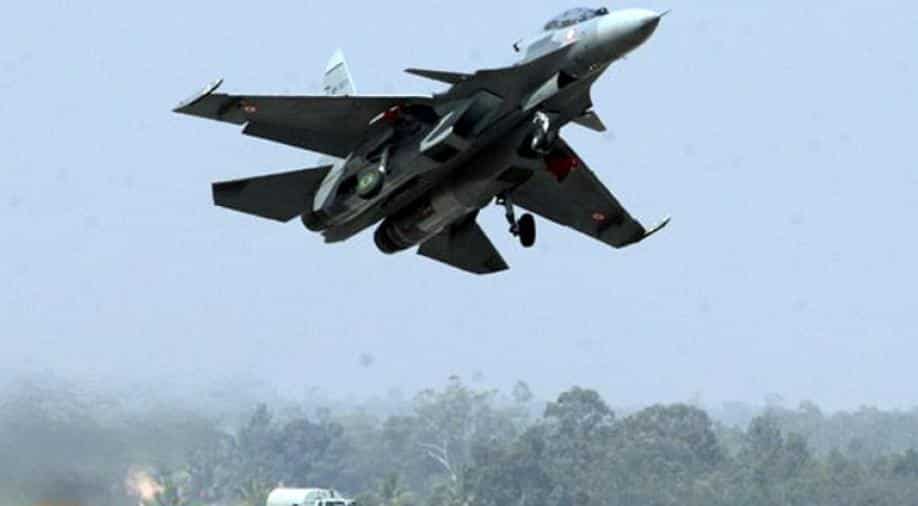 Two Pakistani F-16 fighter aircraft were also seen close to the border after the incident.

The Indian Air Force on Monday scrambled two Sukhoi-30 fighter jets after sighting a Pakistani drone along the Indo-Pak border in the Khemkaran sector in Punjab, official sources said.

Two Pakistani F-16 fighter aircraft were also seen close to the border after the incident.

The sources said the Sukhoi-30 MKI jets were deployed soon after the Pakistani unmanned aerial vehicle (UAV) was seen hovering over the border.

The drone soon retreated to the Pakistani side after the jets were scrambled. The incident took place around 3:10 PM.

There have been a series of incidents of Pakistani drones coming close to the Indo-Pak border in various areas in the last four weeks following the Balakot air strikes.

Last month, a UAV which intruded into Rajasthan's Ganganagar was shot down by the Army. Also last month, a Sukhoi-30 fighter jet of the Indian Air Force shot down a

Pakistan retaliated by attempting to target Indian military installations the next day. However, the IAF thwarted their plans.

The Indian strike on the JeM camp came 12 days after the terror outfit claimed responsibility for a suicide attack on a CRPF convoy in Jammu and Kashmir's Pulwama in which 40 soldiers were killed.