India wants good relationship with all its neighbours but 'not at gunpoint': Madhav 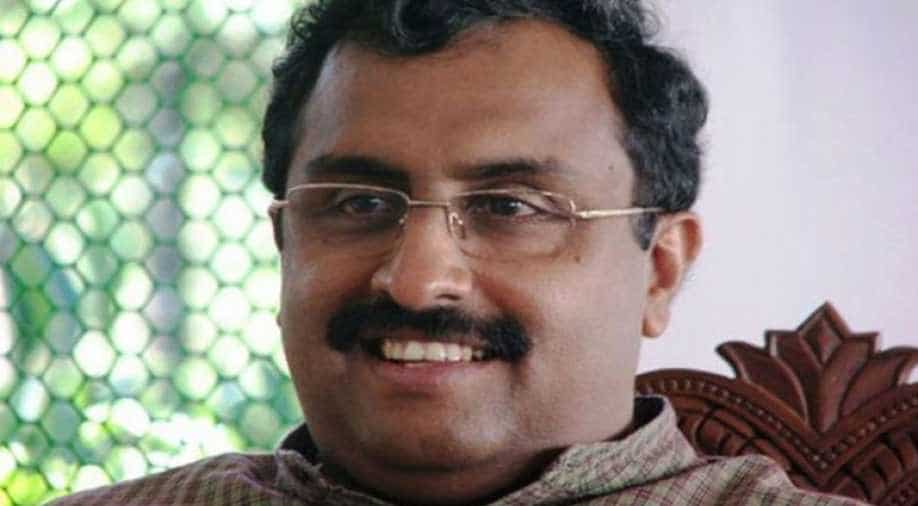 Madhav response comes after Pakistan Army on Saturday carried out artillery firing on Indian positions to facilitate the infiltration of terrorists into India.

Calling out Pakistan for fuelling terrorism in India, BJP national general secretary Ram Madhav on Monday said that New Delhi wants a good relationship with all its neighbours but "not at the gunpoint".

Speaking at US-India Strategic Partnership Forum, Ram Madhav said: "We always said that we want a good relationship with our neighbour country but not at the gunpoint. Yesterday evening I just returned from Srinagar, for the last 48 hours, relentless shelling from Pakistan is on, in an effort to push terrorists into Kashmir. Our forces had to go and destroy terror launch pads once again," he said.

Madhav response comes after Pakistan Army on Saturday carried out artillery firing on Indian positions to facilitate the infiltration of terrorists into India. In response Indian Army launched artillery attacks on terrorist launchpad situated inside PoK opposite the Tangdhar sector on the intervening night of Saturday and Sunday. Four to five Pakistan Army soldiers were killed in the exchange of fire.

Urging the international community to "persuade" Pakistan to act against terrorism, Madhav on Monday said that terror infrastructure in the Islamic country is not only an issue for India but has become a "global problem".

"We are going through a phase where Pakistan is not seen as a difficult relationship by India alone anymore. Many of you will agree that many of the countries around the world see affairs of Pakistan, an issue to be concerned about. Especially talking about the terror infrastructure in Pakistan. There was a time when many would come to India to advise us. But today nobody is doing that because it has become a global problem. Terror infrastructure by Pakistan has become the epicentre of global terror today," he said

"On a certain issue like terrorism the entire democratic world has to come together to persuade Pakistani leadership to act," he added.