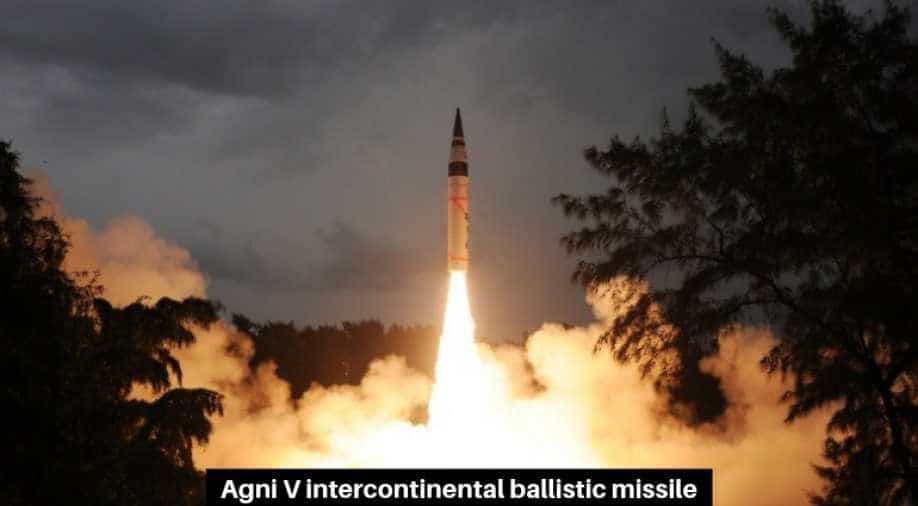 The Agni-5 missile has been developed by India's Developed by Defence Research and Development Organisation (DRDO).

India on Wednesday successfully test-fired the surface-to-surface Agni-5 missile from APJ Abdul Kalam Island off the Odisha coast in Balasore.

The missile has a range of over 5,000 kilometres. The government said the launch ensures "credible minimum deterrence" that underpins the commitment to "No First Use".

The missile has been developed by India's Developed by Defence Research and Development Organisation (DRDO).

The missile can carry nuclear warheads with advanced navigation and guidance systems.

In June, India had tested the Agni Prime missile which is the new generation advanced variant of Agni class of missiles. The missile can hit targets of 2000 km. It is also a nuclear-capable missile.