India steps up Himalayan border defences after 2020 clash with China 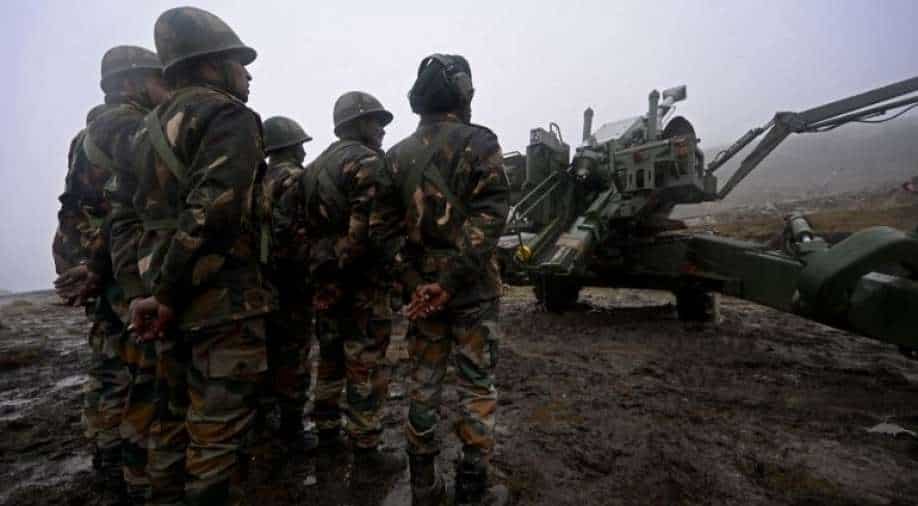 Indian Army soldiers stand next to a Bofors gun positioned at Penga Teng Tso ahead of Tawang, near the Line of Actual Control (LAC), neighbouring China, in India's Arunachal Pradesh state on October 20, 2021. Photograph:( AFP )

While both sides routinely send patrols to check and claim areas, India is now stepping up its defence along the border. India has also accused China of establishing permanent settlements near the border

Almost a year after India and China clashed at the border, the former is ramping up its defences around the mountain range which has often served as a flashpoint between the two countries.

The border near Arunachal Pradesh stands with the other side of the Himalayas from Tibet. Beijing has often tried to claim ownership of the Indian state and refers it to as South Tibet. China also tried to briefly occupy most of the territory of this state at one point.

Last year, tensions had increased on this border as troops from both side got engaged in a violent hand-to-hand battle along the shared border near Ladakh. This clash had taken lives of soldiers on both sides.

While both sides routinely send patrols to check and claim areas, India is now stepping up its defence along the border. India has also accused China of establishing permanent settlements near the border.

"We have observed some infrastructure development on the Chinese side," Lieutenant General Manoj Pande told journalists during a rare press tour through the region last month. "That has led to (a higher) number of troops that are now located or placed there."

As a response to this, India is now scaling up its defences in Arunachal Pradesh. New Delhi is deploying cruise missiles, howitzers, US-made Chinook transport choppers and drones built in Israel as a part of upgrading the land border of that area.

This decision has been taken keeping in mind they last year’s clashes and also failed talks between the two sides where India had urged China to ease the tension on the border.

Indian Army engineers are also building a road tunnel at 13,000 feet above, which are expected to link the area near Tawang — one of the closest towns to Tibet — with the outer world as nearby military outposts can be cut off from the neighbouring areas due to harsh winters. "These tunnels... will mean all-weather connectivity for locals and security forces deployed in Tawang," said Colonel Parikshit Mehra, the project's director.