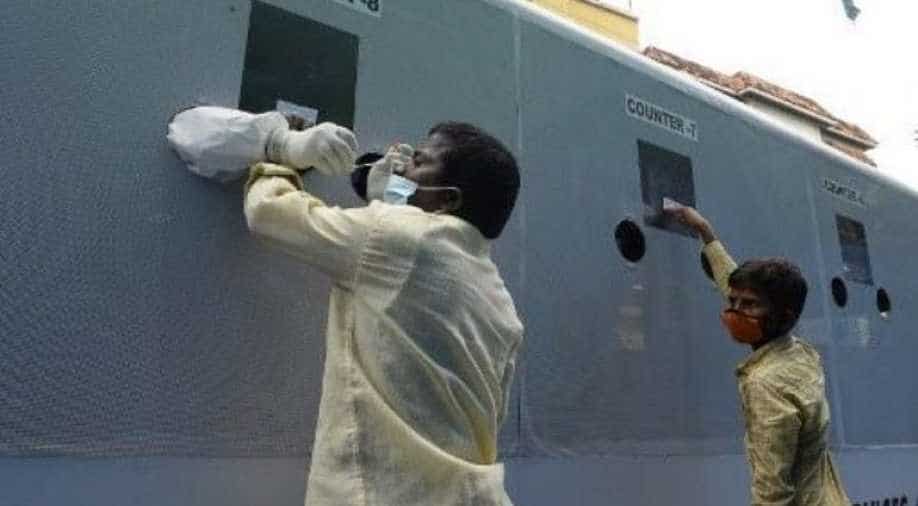 The daily positivity rate has been recorded at 1.18 per cent. It has been less than two per cent for the last 34 days.The death toll has climbed to 4,60,791 with 526 more fatalities

Also Read | 'We welcome all students': Schools reopen after 19 months

The daily rise in new coronavirus infections has been below 20,000 for 30 straight days and less than 50,000 daily new cases have been reported for 133 consecutive days now, the ministry said.

The data stated that a decrease of 2,105 cases has been recorded in active COVID-19 cases in a span of 24 hours.

The daily positivity rate has been recorded at 1.18 per cent. It has been less than two per cent for the last 34 days.

The weekly positivity rate has been recorded at 1.28 per cent. It has been below two per cent for the last 44 days, according to the health ministry.

The number of people, who have recuperated from the disease, has increased to 3,37,49,900, while the case fatality rate has been recorded at 1.34 per cent, the data stated.

The cumulative doses administered so far under the nationwide COVID-19 vaccination drive has exceeded 108.21 crore.

The 526 new fatalities include 467 from Kerala, 14 from West Bengal and 10 each from Maharashtra and Tamil Nadu, the ministry said.

Kerala has been reconciling data on COVID-19 deaths since the past few days, hence the death tally of the state is high.

The health ministry said that more than 70 per cent of deaths occurred due to comorbidities.

"Our figures are being reconciled with the Indian Council of Medical Research," the ministry said on its website, adding that state-wise distribution of figures is subject to further verification and reconciliation.