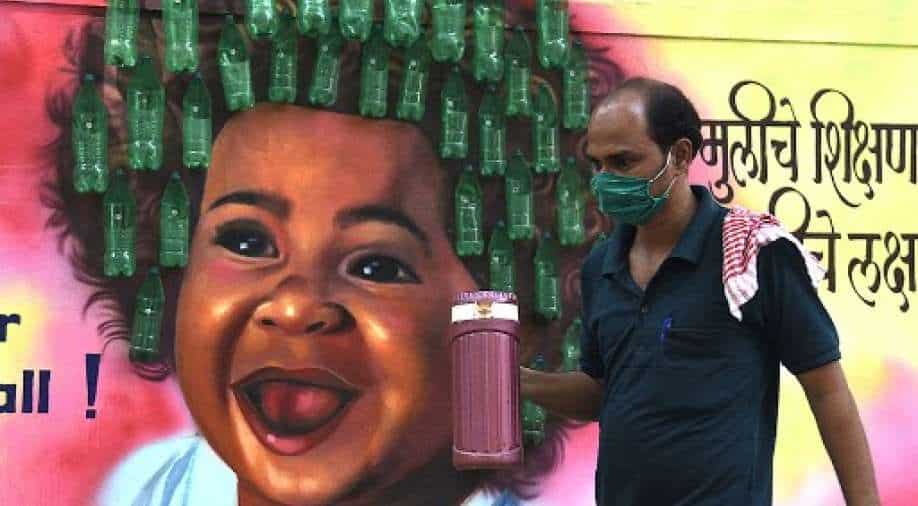 A man wearing a facemask walks past a mural in Mumbai Photograph:( AFP )

According to the government, the number of vaccinations in the country has reached 1,17,45,552 beneficiaries. The health ministry announced eight states have vaccinated over 75 per cent of healthcare workers which include  Bihar, Tripura, Odisha, Chhattisgarh, Uttarakhand, Jharkhand and Uttar Pradesh

Meanwhile, streets in Maharashtra's Amravati were deserted with night curfew imposed in the district till 6 am to curb the spread of the virus. During this curfew, only essentials shops have been allowed to open from 8 am to 3 pm.

Andhra Pradesh reported 41 new coronavirus cases taking the total number of cases to 8,89,339 with the total death toll at 7,167. There were no deaths reported in the last 24 hours in the state.

India's national capital reported 128 new coronavirus cases including one death in the last 24 hours. The total number of cases in Delhi has now reached 6,38,028 with the death toll going up to 10,901. The number of active cases has reached 1041.

The government informed that cumulative testing stands at 21.15 crore with nearly 2,400 testing labs across the country. There were no coronavirus cases in the 19 states.