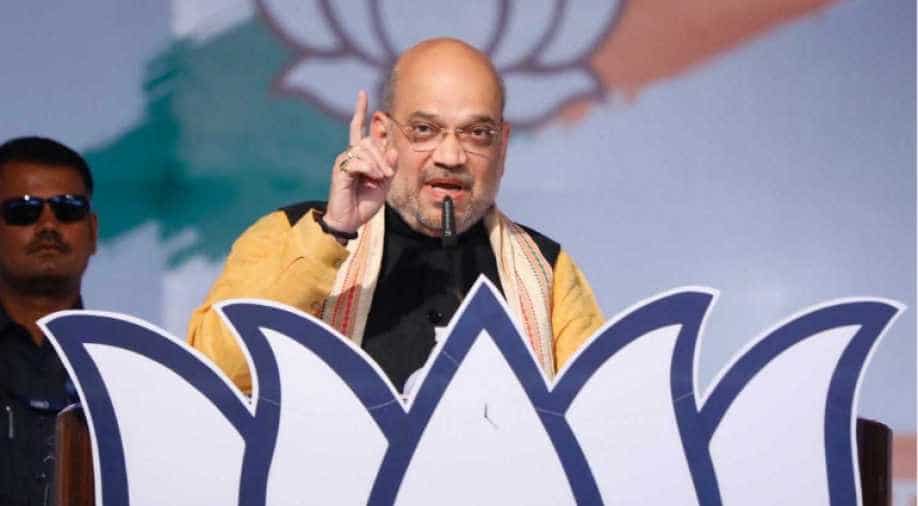 Union Home Minister Amit Shah on Friday said that the country is witnessing the "temporary effects of a global slowdown" and that Finance Minister Nirmala Sitharaman and her deputy are working day and night to fight it.

Shah stated that he believed that India will be the first one to pull out of this global economic slowdown.

"I believe the Indian economy will be the first to be free from the slowdown in the world," Shah said at an event today.

#WATCH Home Minister Amit Shah in Shimla: You are seeing temporary effects of global slowdown. Under leadership of Modi ji, Nirmala Sitharaman ji and Anurag ji are working day&night to fight it. I believe, Indian economy will be the first to be free from slowdown in the world. pic.twitter.com/eNhv2picnU

"What we are witnessing is a temporary effect of a global slowdown. To fight it, the government is working on different types of plans," he said.

"I am confident that within some time we will be able to come out of it and we will emerge as the first nation in the world free from the global slowdown," he said.

The minister said Finance Minister Nirmala Sitharaman and her deputy Anurag Thakur were working on working are on various plans to fight with this global slowdown under the leadership of Prime Minister Narendra Modi.

The RBI stated that the banking sector's resilience has improved, however, "risks from global/domestic economic uncertainties and geopolitical developments persist".