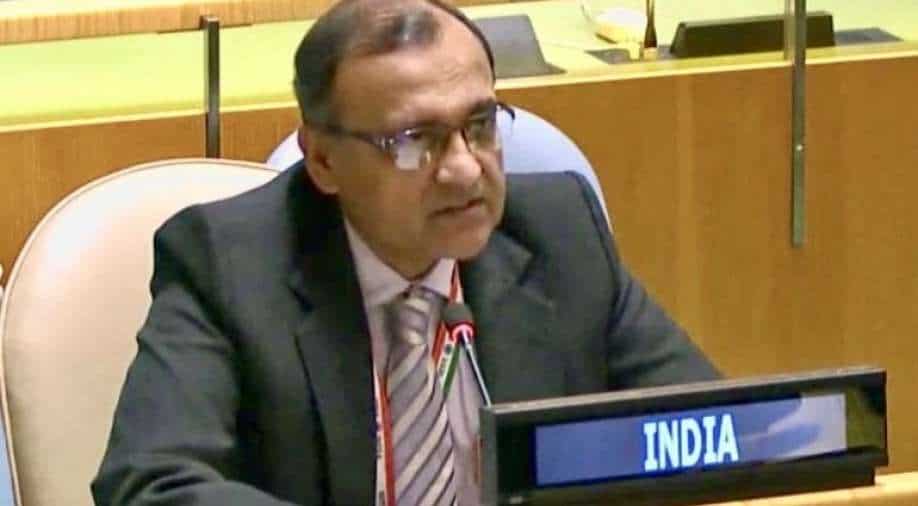 'Peacekeeping missions are meant to be transitional measures and not operate in perpetuity,' India's envoy to UN T.S. Tirumurti said

India has called for the winding down of the UN peacekeeping missions that have completed their mandates or outlived purpose.

Speaking at United Nations General Assembly (UNGA) debate on UN Peacekeeping Operations, India's envoy to UN T.S. Tirumurti said, "Peacekeeping missions are meant to be transitional measures and not operate in perpetuity. There is an urgent need for time-bound exit strategies to ensure that peacekeeping missions do not become instruments for furthering political interests."

The development assumes significance even as many other missions including United Nations Military Observer Group in India and Pakistan (UNMOGIP) have long outlived their function. UNMOGIP came into existence after the India, Pakistan war of 1947. New Delhi, since the Shimla pact of 1972 was signed sees no purpose for it as it doesn't recognise any third party role in the region. While Pakistan keeps UNMOGIP alive by sending any ceasefire violation report, and for its own political purpose, the last report of the Secretary-General to the Security Council on UNMOGIP was published in 1972.

During the statement by Envoy Tirumuti while lauding UN peacekeepers as the "one singular iconic image that has become synonymous with peace, then it is that of the UN peacekeeper with the blue helmet", he called for "need for appropriate equipment for not only for safety and security of personnel" and expressed disappointment over lack of "consensus on the need to increase reimbursement rates."

Elaborating, "Peacekeepers have long been the best chance for peace...India pays rich tribute to all the brave women and men who have served under the UN flag and continue to serve in peacekeeping mission with the highest professionalism, dedication, and courage."

UN peacekeepers are reimbursed by the UN at a standard rate, approved by the General Assembly. The approved budget for UN Peacekeeping operations for the fiscal year July 01, 2020 - June 30, 2021, is $6.58 billion.

India is one of the largest troop contributors to UN peacekeeping. In fact, in 2007, in a first, India sent an all-women UN police peacekeeping contingent in Liberia which was hailed as an important development in the history of UN Peacekeeping.

Tirumuti said, "India is committed to working with partners of this Committee on measures to make UN peacekeeping operations more effective, efficient, and transformative." Amid the covid pandemic, India dispatched two medical teams and upgraded its peacekeeping hospitals in United Nations Organization Stabilization Mission in the Democratic Republic of the Congo or MONUSCO in Goma, Democratic Republic of the Congo and in United Nations Mission in South Sudan or UNMISS in Juba, South Sudan.