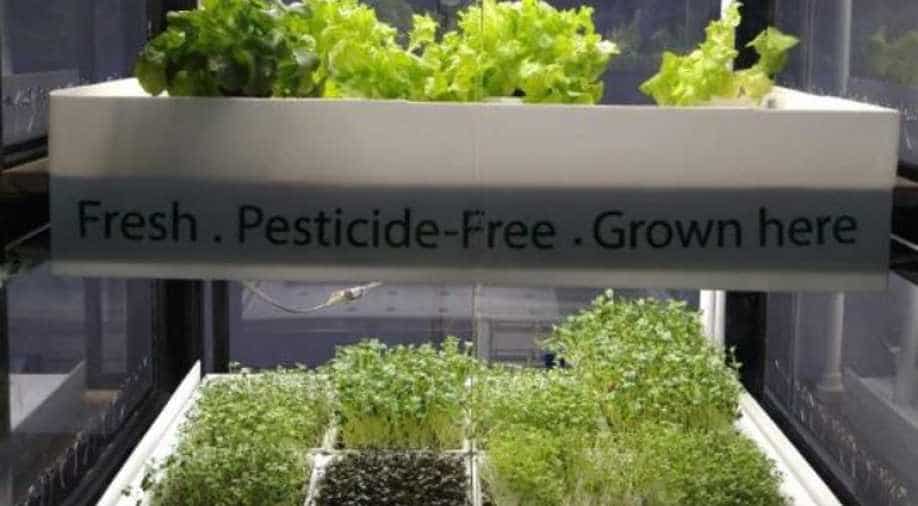 The grand finale of the second edition of the Carbon Zero Challenge at the Indian Institute of Technology (Madras) witnessed 24 teams display their prototypes. Photograph:( WION )

Launched in June 2018, the contest was open to students, young entrepreneurs and start-ups.

The grand finale of the second edition of the Carbon Zero Challenge at the Indian Institute of Technology (Madras) witnessed 24 teams display their prototypes that were designed and developed to help overcome challenges in the fields of agri-tech, environment, energy, social and water. The finalists were shortlisted from around 1,000 teams that had applied from 25 states across India.

Launched in June 2018, the contest was open to students, young entrepreneurs and start-ups. A screening committee comprising of domain experts and IIT alumni evaluated the initial set of applications and shortlisted 84 teams that were interviewed and scrutinized based on their project ideas and pitch.

Speaking at the event, Professor Bhaskar Ramamurthi, Director IIT Madras said, “this year the event is pan-India, earlier it was just a handful of states. There is nationwide support for bright ideas. IIT Madras, with the help from alumni and domain experts, shortlist the proposals, offer financial support and mentoring by domain experts. Winners will get further support and mentoring and will be incubated. Winners of last year have done really well, some of them have formed their own companies.”

WION takes a look at some of the unique projects:

A fully automated machine that is compact and portable, ingests used cooking oil and converts it to bio-diesel. Bio-diesel can be added to diesel and could marginally help reduce the consumption of diesel. The product is meant for small businesses that wish to turn raw material into a value added product.

Urine is the main source of nutrients in a waste water treatment plant and when processed in this machine, an eco-fertilizer struvite (magnesium ammonium phosphate), ammonia solution (used in cleaning agents) and 90 per cent of water (that can be used to water plants) can be derived from urine.

Utilises a modified version of existing processes to blend plastic waste, marble waste, demolition waste and fabricate water-resistant, light-weight and sound proof bricks that are stronger than normal clay bricks. This method is said to be many times faster than the conventional method of baking bricks in a kiln.

An electrically powered remote controlled alternative to tractors that can be used for a variety of agricultural applications (by adding attachments, accessories) ranging from seed dispersal, de-weeding, harvesting etc. Can be remotely controlled upto a range of 1km and it can be extended as desired.

An electric kick-scooter that can travel upto 20kms on a single charge of two hours. With a top speed of 22kmph, it aims to make short-distance travel easier. The scooter is also foldable and can be carried easily. The scooter can be linked with a mobile app to explore more features.

Presiding over the event was Abhay Jere, Chief Innovation Officer of Ministry of Human Resource Development, he expressed optimism and said, “There is a huge opportunity for MHRD to collaborate with Carbon Zero Challenge. Usually, we are good at ideation and prototyping but fail at last mile. Our prototypes should be made market ready and pitched with big industries.”

Elaborating on the support provided to the competing teams, Professor Indumathi Nambi, coordinator of the Carbon Zero Challenge said, “During our annual cultural event, Shaastra, the teams came face to face with the mentors and 15 lectures were held. Later they also had webinars.”

But winning the contest is not all, the teams have a long way to go and make it big. Winning teams are moved to the start-up incubators and provided the necessary funding and support for a limited period of time.

The following projects were adjudged top 3 at the finale:

A process to produce activated carbon from coconut shells.

Electric powertrain solutions for e-commerce logistics by a startup.

A tubular PEM fuel cell that is open-cathode and air-breathing developed by an IIT-Madras incubated start-up.