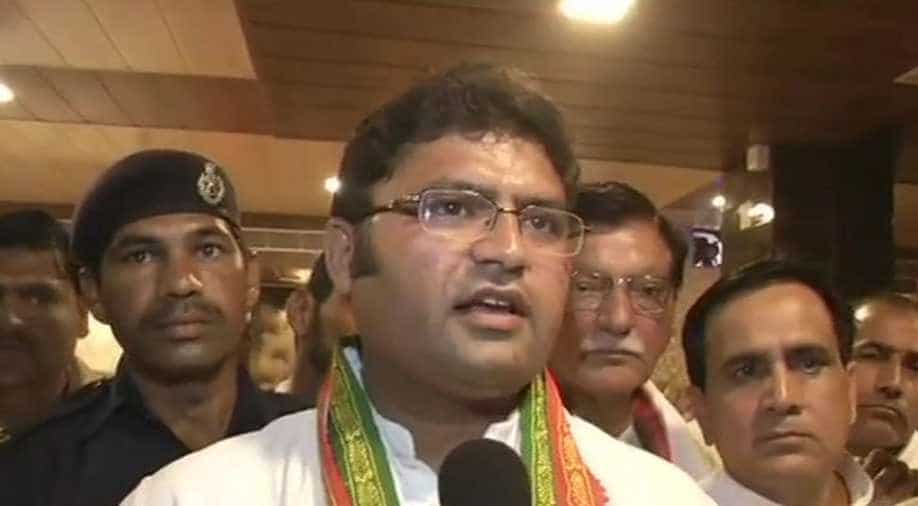 Ashok Tanwar is the PCC chief of Haryana, a state where the ruling BJP faces anti-incumbency.

The state however has seen the emergence of a BSP-INLD coalition to take on both the ruling BJP and the opposition Congress.

WION's Political Editor Kartikeya Sharma speaks with Tanwar about the BSP-INLD coalition and taking on the BJP in the assembly and general elections. Here are excerpts from the interview:

Kartikeya Sharma: Your state has neither had an AICC-in-charge nor have district and local-level committees been formed...

Ashok Tanwar: The committees will be formed in due time. There are many reasons for it and I do not want to go into them. Beyond the committees, the organisation has done well for itself.

AT: It is an ineffective coalition. Chautala’s party refused to wear the headgear given by the BSP. Two non-compatible constituencies have come together. It will not succeed. On the other hand, BJP also does not want to face the electorate and it is for this reason by-elections have not taken place in Haryana. BJP has lost goodwill in the state.

KS: There is no unity in your state. You have more leaders than workers...

AT:  We have more workers than leaders. We have run a very good anti-government campaign. Our campaign has been door-to-door. Congress in Haryana has regained very quickly, which is unlike many other states.

KS: Are you friends with Randeep Surjewala and Bhupinder Singh Hooda?

AT: I have a great equation with both of them. I do not have any personal fight with any of the leaders in the state. I expect good support from them. Our rallies have also done well.

KS: What is the challenge before the Congress in the state?

AT: Most of the challenges have been met. We are preparing for elections as we feel that Haryana assembly elections can be held simultaneously with Lol Sabha elections in 2019. The organisational challenge has been met through intense campaigning against the incumbent government.