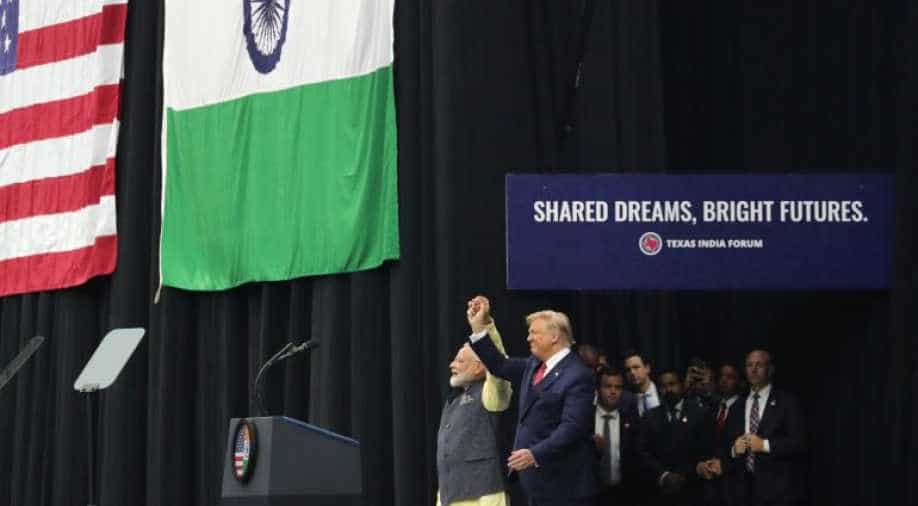 He was received by External Affairs Minister S Jaishnakar and US Ambassador to India Kenneth Juster.

He was later greeted by Prime Minister Narendra Modi.

The event is being organised at the sprawling NRG Football Stadium, one of the largest in the US, which has served as a venue for some of the most impressive events starring Beyonce, Metallica, to name a few.

The event is being held in honour of Prime Minister Modi, who is currently on a week-long official trip to the United States to address the UN General Assembly, amongst other official engagements.

The event is a reflection of the deep and special relationship between India and the US, one that has often been described as the 'defining partnership' of the 21 century.

Terming the development "historic" and "unprecedented", Indian Ambassador to US, Harshvardhan Shringla, said that it represents "personal chemistry and friendship" between the two leaders.

"The two leaders addressing the 'Howdy, Modi!' event is historic and unprecedented. It reflects not only the closeness and comfort levels in the relationship but also the personal chemistry and friendship between Prime Minister Modi and President Trump," Shringla had told ANI.

Modi's chemistry with both Trump and former President Barack Obama reflect that the Indian Prime Minister has been able to transcend the political divide in the US.

Moreover, the fact that House Majority Leader Steny Hoyer, the second-highest-ranking Democrat, will also address the gathering, further reflects the strong bipartisan support for the relationship between the two countries.