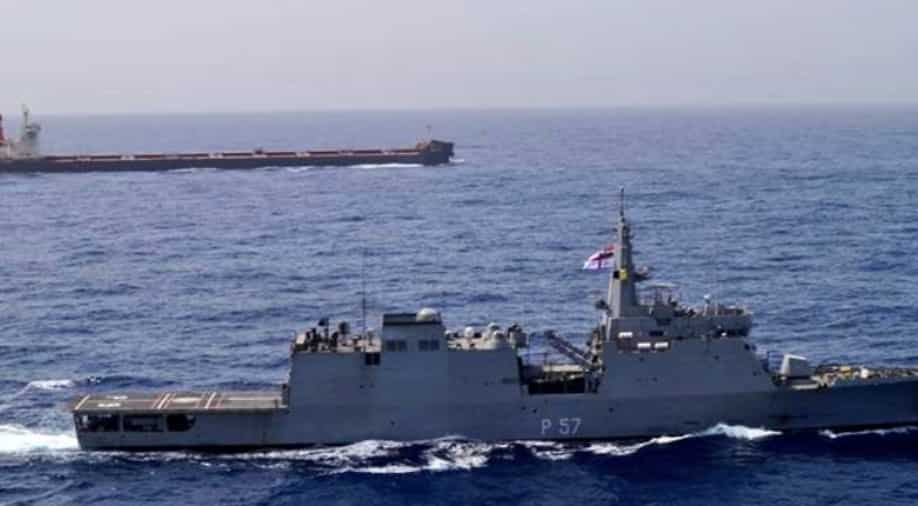 India has deployed its ship INS Chennai and INS Sunayna in the Gulf of Oman and Persian Gulf to undertake maritime security operations.

In a major development, the Indian Navy has launched "Operation Sankalp" in the Gulf of Oman as a measure to reassure Indian flagged vessels transiting through the region. The development comes in the aftermath of the attack on oil tankers raising tensions between US and Iran.

While Tehran denies involvement, Washington says that the West Asian country was behind it. Pentagon has released footage of Iran's special forces allegedly removing magnetic mines.

DG Shipping had issued two advisories on June 13 and 16 to all Indian flagged vessels operating in the Strait of Hormuz and Persian/ Arabian Gulf region and advised them to take appropriate protection measures.

India has deployed its ship INS Chennai and INS Sunayna in the Gulf of Oman and Persian Gulf to undertake maritime security operations. Both the gulfs are busy shipping routes through which international trade occurs, aerial surveillance is also being undertaken by India in the area.

The Information Fusion Centre - Indian Ocean Region in Gurugram, is also keeping a close watch on the movement of ships in the Gulf. It was launched by India last year to keep a tab on maritime terrorism, piracy, human and contraband trafficking, illegal and unregulated fishing etc.

Seventy-five per cent of the world’s maritime trade and fifty per cent of global oil consumption passes through the Indian Ocean region.