George Fernandes' last rites after son arrives from the US: Wife Leila Kabir 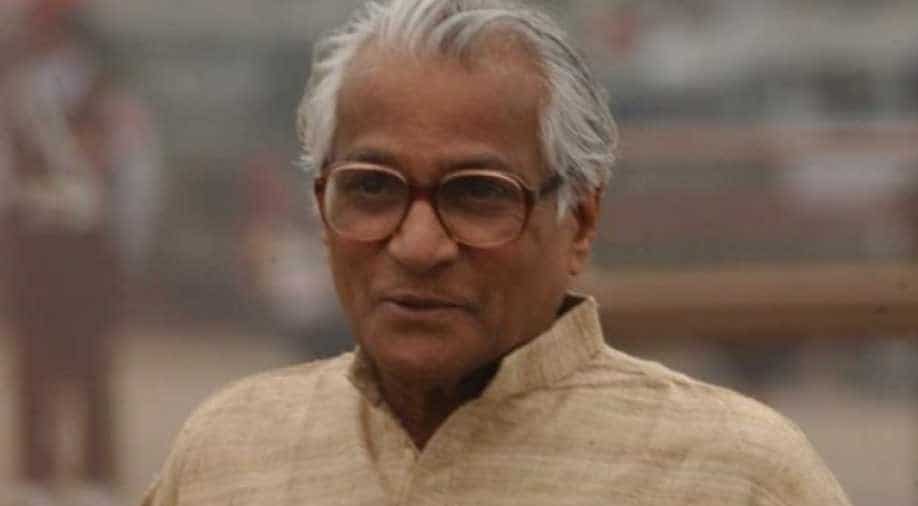 George Fernandes died of prolonged disease at his home on Tuesday. He was 88.

The last rites of George Fernandes will be performed after his son arrives from the US, the former defence minister's wife Leila Kabir said on Tuesday.

"I wish to inform my fellow countrymen that George Fernandes, my husband who was former defence minister and Member of Parliament, passed away today in the early hours. He was suffering from Alzheimer's," she said.

A lifelong socialist despite his political adventurism that included cabinet posts in two ideologically opposite governments where he ousted Coca-Cola in 1977 and oversaw the Kargil war in 1999, Fernandes died at his home on Tuesday. He was 88.

His body was taken to All India Institute of Medical Sciences (AIIMS) for embalming, Kabir said in a statement.

She said the last rites will be conducted soon "after our son, Sean Fernandes, arrives in India (from the US). As soon as Sean arrives, we will finalise the timing of the last rites and will inform all".

The body has been kept at our house in Panchsheel Park for friends and associates to pay their last respects, she added.

"I and my son are grateful to everyone who has come or messaged us to share our grief," Kabir said.

Rajanth Singh, interacting with reporters, said, "I had the opportunity to work with him in the Atal Bihari Vajpayee government. I pay my sincerest tributes to him."

BJP chief Amit Shah termed Fernandes' death an "irreparable loss" to Indian politics. He dedicated his entire to the nation and welfare of the poor and always fought for democratic values.

Defence Minister Nirmala Sitharaman paid her respects to Fernandes at AIIMS by laying a wreath.

Kumar, who arrived here on Tuesday from Patna, said Fernandes was a "great man, he was a 'margdarshak' (guide), and we are in pain after loosing a personality like him".

"He had strong will power. He was keeping unwell for several years. He was also our 'abhibwawak' (guardian)," Kumar told reporters after visiting his residence.

Senior BJP leader Shahnawaz Hussain said, "Fernandes was another name for struggle. We lost a guardian. He was our guide. He was very close to local people. We lost a great leader."

"Fernandes and my father (Lalu Prasad) have worked together in politics. He had deep ties with Bihar. He fought elections from there. I have seen him from childhood days," he said.

Ajay Singh, former deputy railway minister in the V P Singh government and ex-Member of Parliament in a statement said, "George Sahab had always been an elder brother like figure to him. He was a person who believed in utmost simplicity and was a great fighter for people's rights."