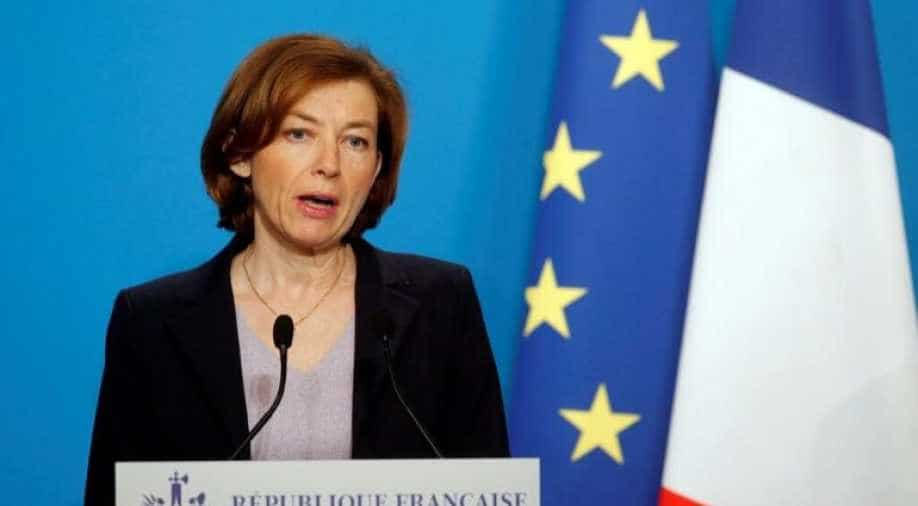 With focus on increasing defence engagement, the French defence minister Florence Parly will be arriving in Delhi on Thursday evening.

Friday will be the main day of engagement when she will hold talks with India's defence minister Rajnath Singh as part of the annual defence dialogue.

The two countries have a ministerial-level defense dialogue which is held annually since 2018. Friday will see the minister paying tributes at the war memorial at India Gate which will be followed by a guard of honour for the visiting foreign dignitary.

Three key focus areas during her India visit first will be Indo-Pacific and how Delhi and Paris can work together on it.

France has two million people in the Indo-Pacific and around 7,000 troops. Its naval ships regularly criss-cross the region and last year the country became the 23rd member of the Indian Ocean Rim Association.

The third agenda on the list will be the bilateral aspect, which not only involves dialogue but also the minister meeting other key Indian officials including the Nationals security advisor Ajit Doval.

The Inter-governmental agreement for the purchase of 36 Rafale fighter aircraft by India in flyaway condition was signed in New Delhi on 23 September 2016. Thirty-three aircraft have been delivered out of 36 and three will be delivered by April of 2022. It is the second visit of minister Parly to India in two years. She had visited India in September 2020 when she participated in the formal induction ceremony of five Rafale aircraft at the Ambala airbase.

In November, while speaking to WION onboard French Navy ship Chevalier Paul, ambassador of France to India Emmanuel Lenain had said,"most of them have arrived and it’s a matter of pride for us. Despite all the hardship of the last two years during the COVID-19 crisis, we have been able to deliver on time. In France, teams have been working extra shifts to be able to fulfill the commitment."

Cooperation in defence has been the cornerstone of the India France strategic partnership, with a number of deals and exercises.