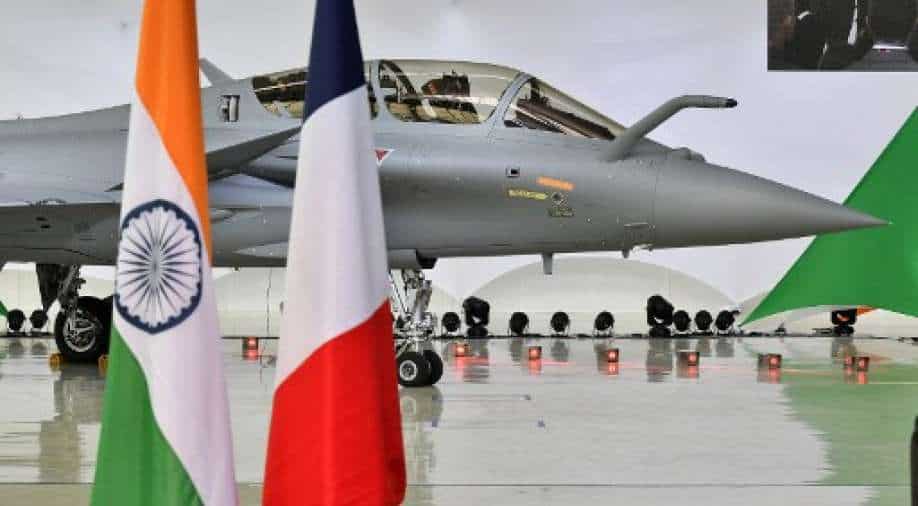 Emmanuel Lenain, Ambassador of France to India on Tuesday said that five extra Rafale jets will be ferried to India by the end of April. This would be other than three Rafale which is arriving on Wednesday.

The Ambassador said that It's a matter of great pride, "we've been able to deliver on schedule and even ahead of schedule" in spite of the COVID-19 pandemic.

"Right now 21 Rafales delivered to India, 11 already ferried to India, three are right now being ferried and 5 extra will be ferried by end of April," French Envoy to India said.

He added, "Total in 2022, the 36 aircraft will have been delivered as per contract."

The aircraft had started joining the Air Force fleet in the July-August timeframe last year and were quickly operationalised by the Air Force in the shortest possible time.

The aircraft had also been deployed for patrolling along the China front in eastern Ladakh and other fronts during the height of the China confrontation.

The planes equipped with the Hammer missiles have enhanced their capability to carry out air to ground strikes like the one in Balakot.

The Ambassador was in Kochi and boarded Tonnerre ship which will be making a port call.

Two French Navy ships, the Tonnerre and the Surcouf will make a port call in Kochi from March 30 to April 1. Following the port call, the two warships will sail to the Bay of Bengal to take part in the France-led joint naval exercise, La Perouse, which will bring together the navies from India, Australia, Japan, and the United States from April 5-7.

The Tonnerre, an amphibious assault helicopter carrier, is a versatile ship that can deploy assets for amphibious and air assault, conduct troop transport, as well as command a maritime task force and hospital ship. The Surcouf, a La Fayette-class frigate, is designed for high stealth and reduced acoustic signature, and can act as escort to capital ships like the Tonnerre.

The Tonnerre and the Surcouf, together, form the battlegroup Jeanne d'Arc which set sail from France in February 2021 for a five-month-long deployment in the Indo-Pacific region with the aim of providing training for the new cohort of 148 on-board French naval officer cadets, demonstrating France's capacity to deploy assets in strategic areas and strengthening interoperability with major partners in the Indo-Pacific, particularly India, France's foremost strategic partner in Asia.

After this joint exercise, the Tonnerre and the Surcouf will continue their deployment through the Indo-Pacific region, all the way to Japan, before sailing back to France to reach their home port on 14th July, France's National Day. During their voyage, the ships will sail through the South China Sea twice.

In the coming weeks, in addition to the La Perouse exercise, France and India will hold a large-scale Varuna bilateral exercise in the Western Arabian Sea which will involve the French aircraft carrier, battle group.