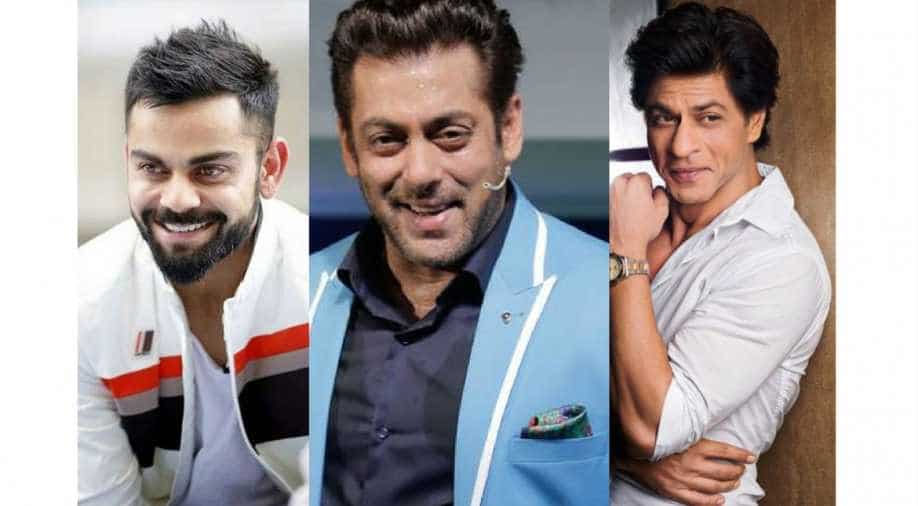 Salman Khan, for the second consecutive year, is at No.1 having earned Rs 232.83 crore including his public appearances, brand endorsements and films. The actor continued to retain his spot even though his 2017 release "Tubelight" failed to leave a mark at the box office. It was also reported that the actor returned all the money to its makers and distributors owing to their losses in production and marketing.

'King of Romance' Shah Rukh Khan remained on No.2 with Rs 170.5 crore while Indian cricket captain Virat Kohli is solid on No.3 with Rs 100.72 crore.

Salman, Shah Rukh and Virat remained in top three but their total earnings declined by almost 20 per cent, down to Rs 504.05 crore compared to last year’s total of Rs 626.52 crore.

Akshay Kumar is at number four with Rs 98 crore while Indian cricket legend Sachin Tendulkar is on 5th position with a gross of Rs 82 crores.

Aamir Khan is in sixth place with Rs 69 crore, while Priyanka Chopra is at number 7 on the list with a revenue of 68 crores.

The top 100 list features a total of 17 women celebrities furthering the role of women in entertainment including Olympic medalist badminton player PV Sindhu, actress Deepika Padukone and Anushka Sharma who recently got married to Virat Kohli.

In pictures: The Virushka reception