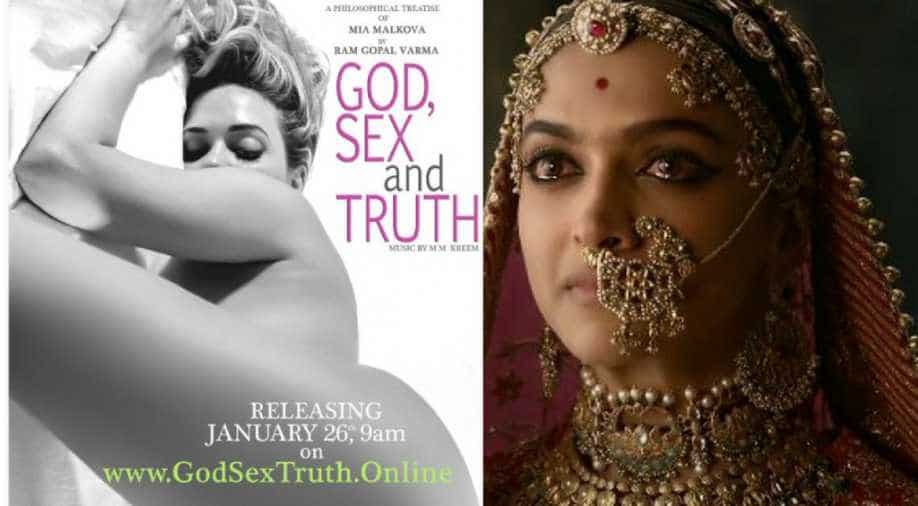 Bollywood is a strange industry. While some directors moved their dates so as to avoid a clash with Sanjay Leela Bhansali's "Padmaavat", Ram Gopal Varma is not one to leave the battleground.

Sharing a new sexy poster of his film, he wrote that between the two leading ladies of the films releasing -- Deepika Padukone and Mia Malkova -- the best woman should win.

This is the new poster shared by him announcing the rivalry:

My film God,Sex and Truth is releasing on jan 26th at 9 Am along with Padmaavat on https://t.co/D9DCM2YPUh ...Between @MiaMalkova and @deepikapadukone may the best woman win???? #GodSexTruth pic.twitter.com/SFPcpepBN6

Making waves on social media, Varma had shared the official trailer for the film "God, Sex and Truth" on January 16.

In the 3-minute long video, Mia Malkova can be seen on-screen explaining her love for sex and how it shapes her character. The video is compensated with famous quotes by celebrities on human relationships and sex.