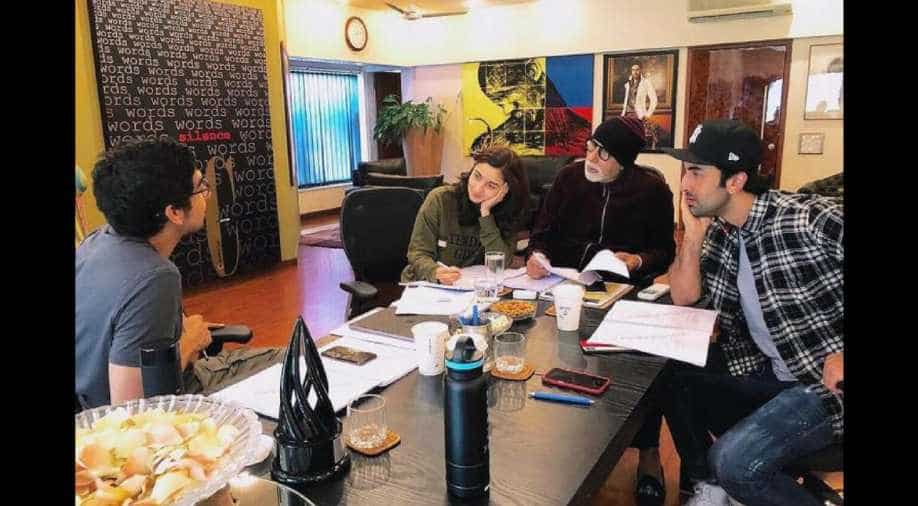 It’s not every day when we see Bollywood acting powerhouses like Amitabh Bachchan, Alia Bhatt and Ranbir Kapoor in one frame. The Brahmastra cast was spotted together as Alia posted photos of their meeting that was held at Amitabh’s office in Mumbai.

The much-awaited film is being helmed by Ayan Mukerji and is produced by Karan Johar’s Dharma Productions.

In the photo, all three listen intently to their director Ayan as he speaks about the film as the three takes notes. Alia captioned the photo: "Oh Captain My Captain! Prep With The Legend. #Brahmastra #Ranbirkapoor."

As for the film’s shoot, Ranbir and Alia along with Mouni Roy shot for the first schedule of the movie in Bulgaria towards the start of the year. Amitabh is yet to commence the shoot for the film as he was busy with Aamir Khan’s Thugs of Hindostan.

Meanwhile, it was revealed yesterday that the Brahmastra co-stars Ranbir Kapoor and Alia Bhatt are dating, confirming months of speculations around the two’s relationship status. In a GQ interview, Ranbir said “It’s very new” while talking at length about how he adores Alia and her work.