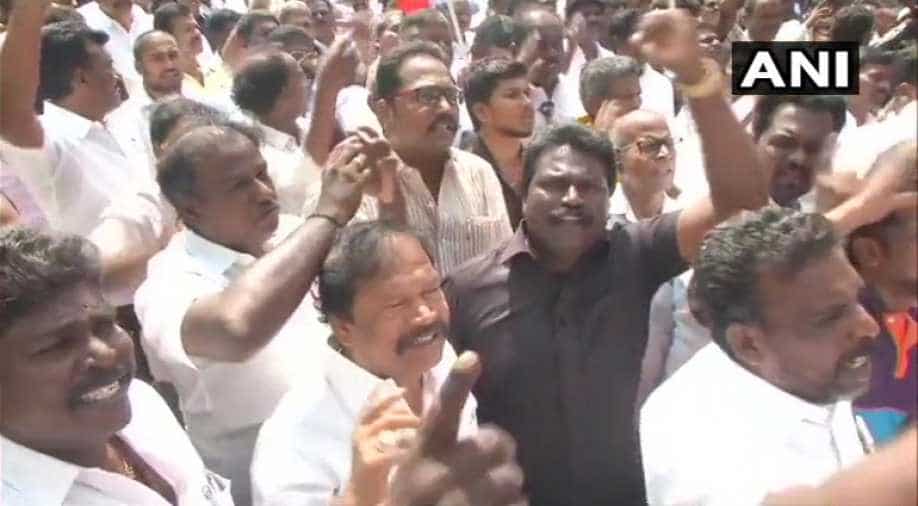 Despite H Raja's denial that he was not aware of the 'denigrating' Facebook post on Periyar, the DMK workers today staged a protest at Saidapet in Chennai against the BJP leader's comments on Periyar.

Raja's threat came in a post from his verified Facebook page. "Who is Lenin? How is he connected to India? How is communism connected to India? The Lenin statue was razed in Tripura. Today it is a Lenin statue in Tripura. Tomorrow, it will be the statue of caste-crazed EV Ramasamy in Tamil Nadu," read his post which was deleted after the fiery backlash.

According to news agency ANI, the BJP leader later clarified that he was not aware of the post.

''The post on my facebook page was done by one of the admins without my permission. As soon as I came to know about it, I deleted the post. We have to respond to statements and opinions, not through violence. It is not correct to deface the statue of Periyar,'' Raja reportedly said.

DMK MP T Siva gave an adjournment motion notice under rule 267 in Rajya Sabha during the Budget Session on BJP leader H Raja's remark on Periyar and desecration of Periyar statue in Vellore.

''We strongly condemn his comments. This is the land of Periyar, MGR & Amma, we will not accept his views. If he had not withdrawn his comments, we would have taken action,'' he said.

The recent issue of destroying of statues is extremely unfortunate. We as a party do not support the bringing down of anybody’s statue, he tweeted from his official Twitter handle.

Shah also promised severe action against those involved in such hooliganism.

''I have spoken to the party units in both Tamil Nadu and Tripura. Any person associated with the BJP found to be involved with destroying any statue will face severe action from the party,'' Shah stated in another tweet.