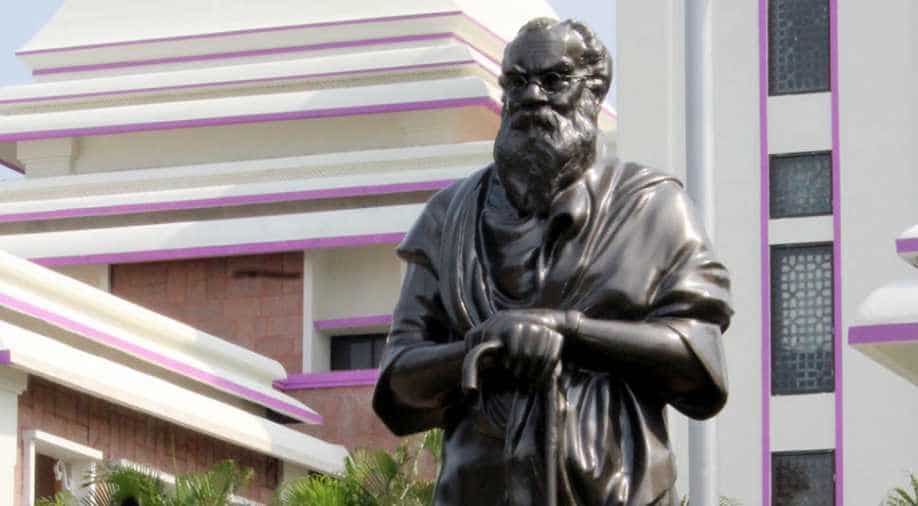 The police have arrested two men. "One man is a BJP member and another a CPI worker," the police said.

According to the police, the act of vandalism occurred at around 9.15 pm in Tirupattur in Vellore district.

The two men involved in the act were allegedly drunk. The statue was reportedly in front a government building.

"They are friends and were drunk. The two men damaged the glasses and the nose of the statue. They were arrested immediately," says police official.

Earlier, BJP national secretary H Raja threatened to take down statues of 'Periyar' EV Ramasamy soon, like the Lenin statue that was vandalised and razed in Tripura after the BJP's poll victory in the state. Raja's threat has sparked angry reactions from Tamil Nadu's political class.

Raja's threat came in a post on his verified Facebook page. "Who is Lenin? How is he connected to India? How is communism connected to India? The Lenin statue was razed in Tripura. Today it is a Lenin statue in Tripura. Tomorrow, it will be the statue of caste-crazed EV Ramasamy in Tamil Nadu," read his post, that was deleted after the fiery backlash.

The post attracted immediate reaction. "They are not even fit to touch a statue of Periyar. H Raja is a prominent leader of the BJP, and has often made these sort of statements, which are aimed at inciting violence," said DMK working president MK Stalin. "Going by the law, H Raja should be arrested under the Goondas Act and thrown in jail," he added.