Take stern action against those responsible for vandalising statues: Home ministry to states 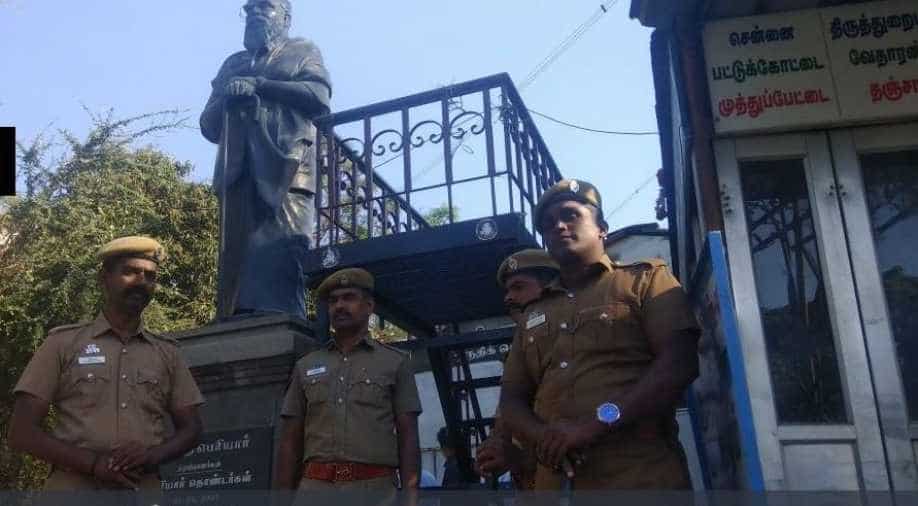 After a statue of Dravidian icon Periyar was vandalised in Vellore last night, PM Modi today spoke to home minister Rajnath Singh over incidents of toppling of statues and expressed his disapproval over the incident.

The Home Ministry, in turn, has asked states to take "all necessary steps" to prevent incidents of vandalism.

"Persons indulging in such acts must be sternly dealt with and booked under relevant provisions of law," Ministry of Home Affairs told the states.

In an advisory to all states and union territories, the Home Ministry said incidents of toppling of statues have been reported from certain parts of the country and it has taken serious note of such incidents of vandalism.

"Honorable Prime Minister has also spoken to the Home Minister in this regard," the advisory said.

The advisory did not specifically mention Tripura but incidents of sporadic violence and clashes which have been reported between rival political groups in the state after election results were declared on Saturday.

Two people were arrested in Vellore after Periyar's statue was vandalised on Tuesday night.

"One man is a BJP member and another a CPI worker," the police said.

Earlier on Tuesday, a statute of Communist icon Lenin was allegedly bulldozed by miscreants in Tripura.