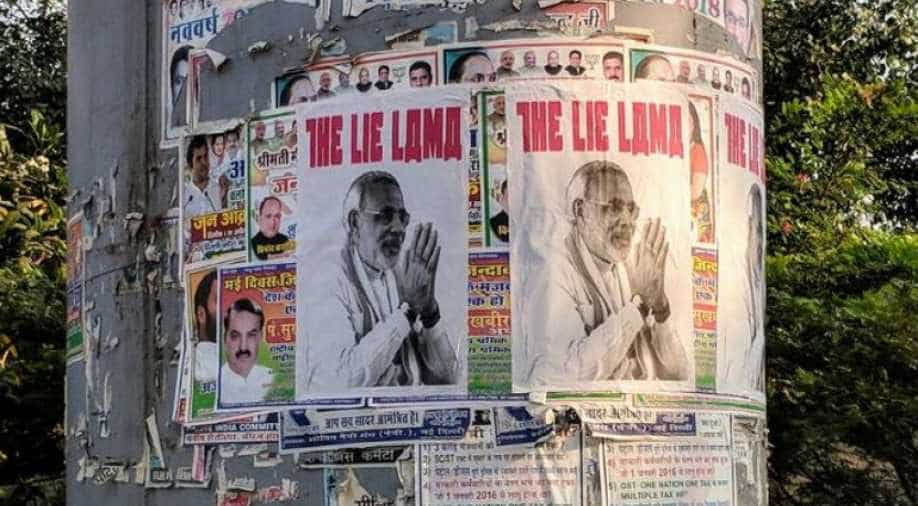 The posters — showing Modi smiling and with his hands folded — were headlined "The Lie Lama".

News reports said Friday the posters were taken down around 10.15 pm after a number of BJP leaders and members complained.

The reports quoted police as saying there was no mention on the posters of where they might have been printed or by whom.

The reports added that a case was registered against unidentified persons under the Delhi Prevention of Defacement of Property (DPDP) Act.

Police added that locals would be questioned to try and ascertain who put have put up the posters. The reports added that police were likely to scan any available CCTV footage.