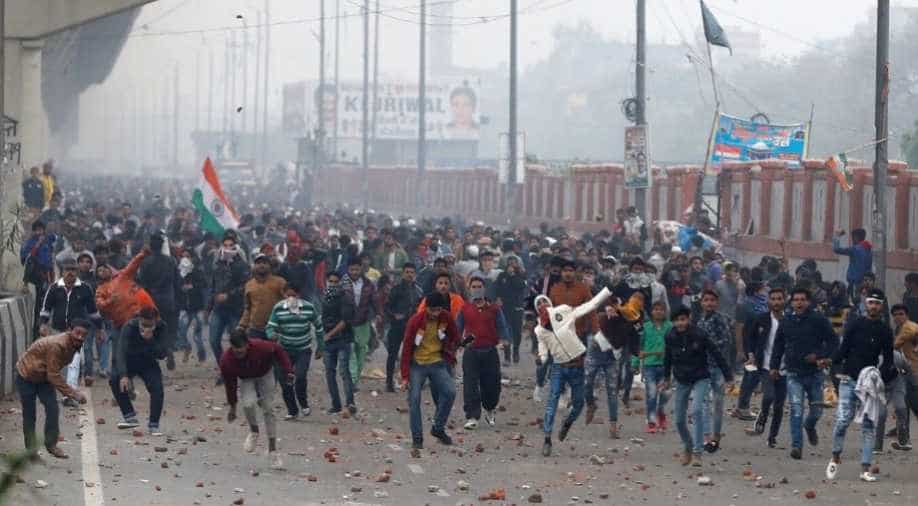 'Total 21 people were injured, of which 12 are Delhi Police personnel and three are from the Rapid Action Force,' news agency ANI quoted Alok Kumar, Joint Commissioner of Police as saying.

Twenty-one people were injured including 12 police personnel on Tuesday after protests over Citizenship Act turned violent in Delhi resulting in police firing tear gas to disperse the crowd.

"Total 21 people were injured, of which 12 are Delhi Police personnel and three are from the Rapid Action Force," news agency ANI quoted Alok Kumar, Joint Commissioner of Police as saying.

An angry mob clashed with police in Seelampur as they were holding protest against the new Citizenship Act. According to reports, the protestors vandalised two public transport buses, some bikes and pelted stones at police.

To control the situation, the police fired tear gas shells. Vehicular movement on the 66-feet road which connects Seelampur with Jafrabad has also been restricted. Five persons have also been detained after the clashes.

The situation is under control in Delhi's Seelampur area, Police said after the clashes.

"Situation is under control in Seelampur. We are monitoring the situation. We are taking CCTV footage from areas where any incident is taking place. Video recording is also being done. None of the people, involved in such incidents, will be spared."

The Citizenship (Amendment) Act, 2019 grants Indian citizenship to refugees from Hindu, Christian, Sikh, Buddhist and Parsi communities fleeing religious persecution from Pakistan, Afghanistan, and Bangladesh who entered India on or before December 31, 2014.

On Sunday, clashes between police and protestors erupted in Delhi's Jamia university which drew strong criticism over the police using force on university students.