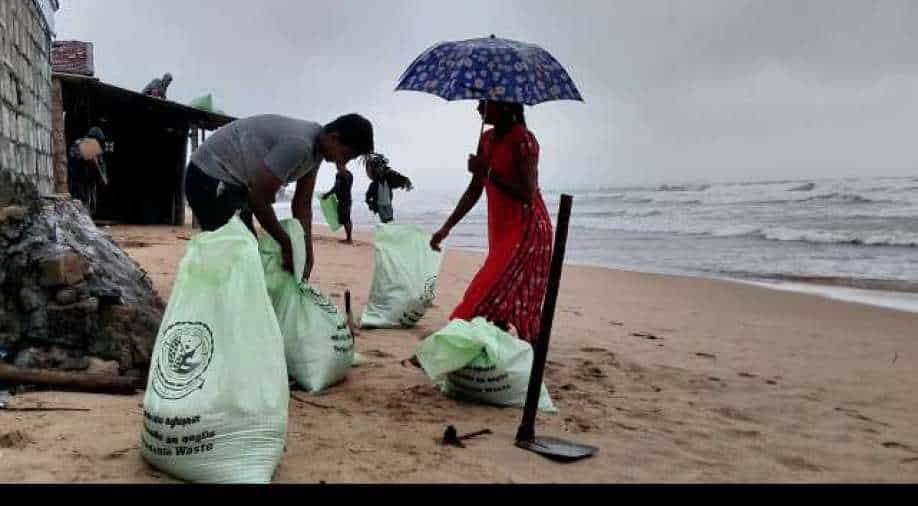 Tamil Nadu had earlier declared a government holiday in some areas and urged people to stay at home ahead of the cyclone.

Tamil Nadu had earlier declared a government holiday in some areas and urged people to stay at home ahead of the cyclone.

"(A) deep depression over Gulf of Mannar...is close to Ramanathapuram district coast, remained practically stationary," the Indian Meteorological Department (IMD) said in a statement, referring to the state's southeast.

In addition, the Met department has withdrawn the red alert issued for Cyclone Burevi and rains in the seven southernmost districts of the state.

The IMD issued a yellow alert for 10 districts of the state.

In a bulletin released on Friday morning, the IMD said the deep depression is likely to move slowly west- southwestwards and cross Ramanathapuram and adjoining Thoothukudi districts in Tamil Nadu during the next six hours with wind speed of 50-60 gusting to 70 kmph.

"It is very likely to weaken further into a depression (wind speed 45-55 kmph gusting to 65 kmph) during next 12 hours," IMD said.

It has issued yellow alerts for the districts of Thiruvananthapuram, Kollam, Pathanamthitta, Alappuzha, Kottayam, Ernakulam, Idukki, Thrissur, Palakkad and Malappuram.

The state has also opened over 2,000 relief camps to face any contingencies as heavy rains were expected when cyclone Burevi made landfall.

A deep depression over southwest Bay of Bengal had intensified into a cyclonic storm 'Burevi' and the IMD had predicted heavy rains and wind in the seven southern districts of the state from December 3 to 5.