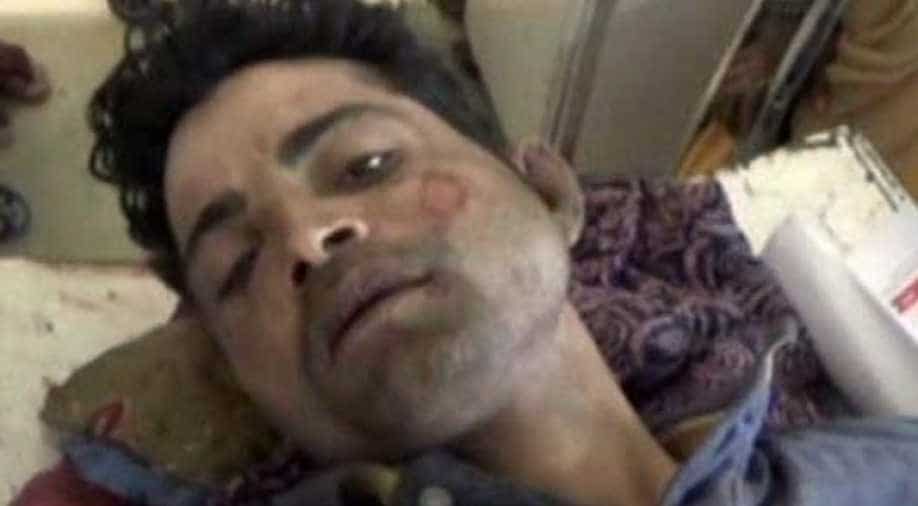 The cow vigilantes were assaulted on suspicion of carrying beef. Photograph:( ANI )

The victims, who said they were carrying buffalo meat in a vehicle, were stopped by a group of men and beaten up for allegedly carrying the prohibited meat.

A victim, Azad, told ANI that he was forced to chant "Hanuman ki jai" and "cow is our mother."

"They stopped us and said you're carrying cow meat," said one of the victims.

However, when he refused, he was allegedly roughed up by the group, who allegedly told Azad that they belonged to Bajrang Dal.

Azad was left unconscious after the assault and was rushed to the hospital by the police.

The police had registered a case against one of the victims for allegedly smuggling beef, a report in News18.com said.

No case, however, has been registered against the cow vigilantes.

Instances of cow vigilantism have increased since 2016.

An official US report on international religious freedom released in August stated that was an increase in violent incidents by cow protection groups mostly against Muslims in India in the year 2016. The report noted that authorities often "failed" to prosecute cow vigilantes.

Last month, the Supreme Court asked 22 states to file compliance reports after its order to lay down a mechanism to sternly deal with cow vigilante groups.

The top court had directed all 29 states and seven union territories to take steps to stop violence in the name of cow protection and asked them to appoint a senior police officer as the nodal officer in every district within a week to check such vigilante groups.