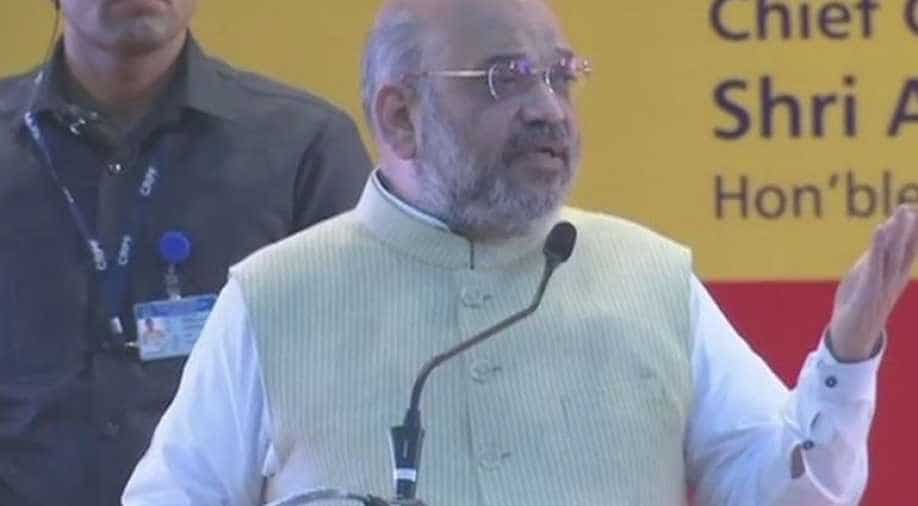 Amit Shah also stated that Prime Minister Narendra Modi gives utmost importance to peace in North-East and every effort is being made to ensure the same.

Union Home Minister Amit Shah on Monday outlined the efforts of Prime Minister Narendra Modi towards the development of the North-East region while accusing the Congress of not allocating enough funds during its tenure.

"In the 13th Finance Commission, the Congress government had given Rs 87,000 crore for the development of entire North-East India. Modi government increased it by 258 per cent and gave Rs 3,13,375 crore between 2014-19. This shows the priority given to North-East by Modi ji," he said while laying the foundation stone of Karbi Bhawan and Dimasa Bhawan here.

The home minister said that Karbi Bhavan and Dimasa Bhavan will be constructed at an estimated cost of Rs 130 crore and will bring both districts (Karbi and Dimasa) of Assam on the global map.

Shah also stated that Prime Minister Narendra Modi gives utmost importance to peace in North-East and every effort is being made to ensure the same.

"The region should be free from terrorism and it should be developed at the same pace as any other part of the country. We should move forward on the path of development while persevering the culture of North-East at the same time. India feels proud of North East's culture," he added.

Stating that Prime Minister Narendra Modi has given maximum time to the North-East, Shah also claimed that the region was derailed from the path of development in the past.

"Modi ji has brought it back on track", Shah added.

The Home Minister also urged Minister of State for the Ministry of Development of North Eastern Region, Jitendra Singh for opening a research and development centre in Karbi and Dimasa.