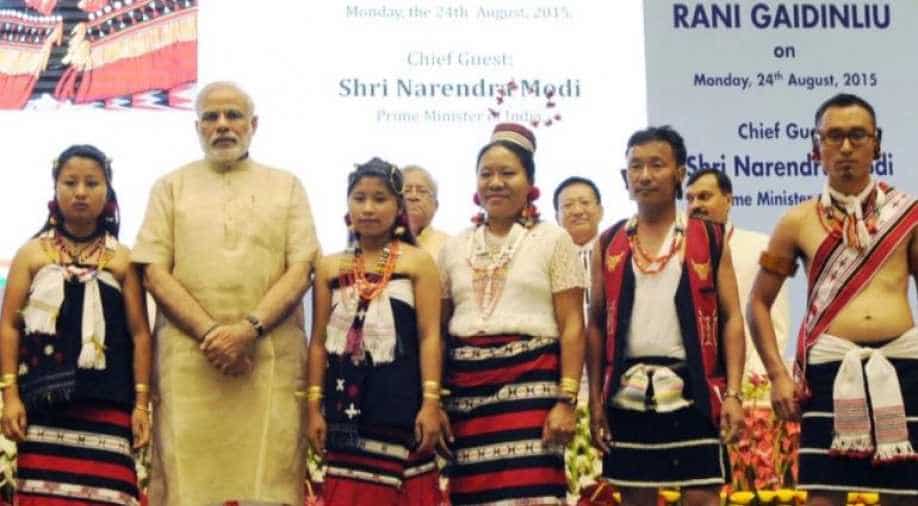 The martyrs of India's freedom struggle. These women and many other freedom fighters from the Northeast remain unknown to their compatriots.

On September 20, 1942, at the height of the 'Quit India' movement, Kanaklata Barua was shot dead by the British forces in present-day Gohpur, Assam. The 17-year-old was trying to unfurl the tricolour at a police station.

The same day, in another part of Assam, Bhogeswari Phukanani met with a similar fate at the hands of the Britishers. She too was trying to hoist the Indian flag.

They were martyrs of India's freedom struggle. These women and many other freedom fighters from the Northeast remain unknown to their compatriots.

The history of Northeast India has been one of neglect and over 70 years of independence, the region's contribution to freedom struggle has been overlooked.

Like the rest of India, the Northeast too was resisting British oppression.

The East India Company's rule in the region effectively began with the Treaty of Yandabo in 1826 which ended the First Anglo-Burmese War. The victorious British, then, seized control of the region.

The successive years saw an increasing opposition to British subjugation.

In Arunachal Pradesh, Matmur Jamoh refused to bow down to the Britishers. He breathed his last in Andaman's Cellular Jail where he was lodged after killing a British officer.

Among others who rose against the colonialists was Rani Gaidinliu. A Naga spiritual leader, she became a leading political figure in Manipur.

She was arrested at the age of 16 and spent 14 years in jail. The title 'Rani' or queen was bestowed upon her by former Prime Minister Pandit Jawaharlal Nehru who met her while she was lodged in prison.

A year later on the Independence Day, the Central government honoured 10 Northeastern freedom fighters including Rani Gaidinliu for their role in the fight against the Britishers.

Back then, PM Modi had lamented that historians ignored the contribution of leaders from the region.

In his book, 'India and Northeast India', Sajal Nag touched upon the historic exclusion of Northeast India. He said, "The Ahom dynasty has ruled Assam longer than the Mughals ruled India yet there is no mention of the kingdom in history books."

The political establishment has also time and again neglected the Northeast - a region which sends fewer MPs to the parliament than any other region.

A nation is defined by its shared history. Naturally, historical assimilation should go hand in hand with cultural integration.

Moving on this path to integration, an NCERT textbook on the Northeast was introduced in school syllabus in 2017.

But scholars from the region feel that more needs to be done.

Kasmita Bora, an M.Phil scholar at the North East Hill University, Shillong said, "Changes in school syllabus was the first step. The government and academia should work together in organising seminars and lectures to spread awareness about Northeast India."