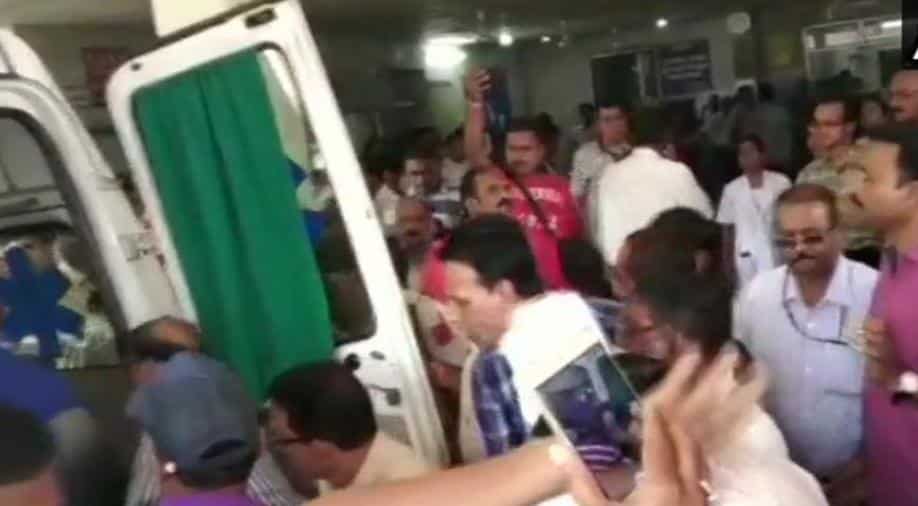 Visuals from outside a hospital in Bhilai, Chhattisgarh Photograph:( ANI )

The company said an 'incident' had taken place at the factory but had no details on the number of casualties.

A blast at the Bhilai Steel Plant in Chhattisgarh on Tuesday has killed at least nine people, and wounded over 14.

The company said an "incident" had taken place at the factory but had no details on the number of casualties.

News reports said a gas pipeline had burst. And it is thought the death toll could rise.

"It is not clear how many more could have died, we are recovering more bodies. It is very difficult to say how many more have died, as some bodies are charred," a police official, who declined to be named because he was not authorised to speak to media, told Reuters.

Reuters reported that Steel Authority of India Ltd (SAIL) shares, the PSU owns the plant and is India's biggest steel maker, fell as much as 4.2 per cent to a near one-year low on the news.

Bhilai Steel Plant is India's sole producer and supplier of rails for Indian Railways, and a major producer of a large variety of wide and heavy steel plates and structural steel, according to the company's website.

The plant has an annual steel production capacity of 3.153 million tonnes, with products including wire rods, according to SAIL.

Chhattisgarh: Visuals from outside a hospital in Bhilai; 6 people have died and 14 injured in a gas pipeline blast in Bhilai Steel Plant. pic.twitter.com/aQGFNr3LIg