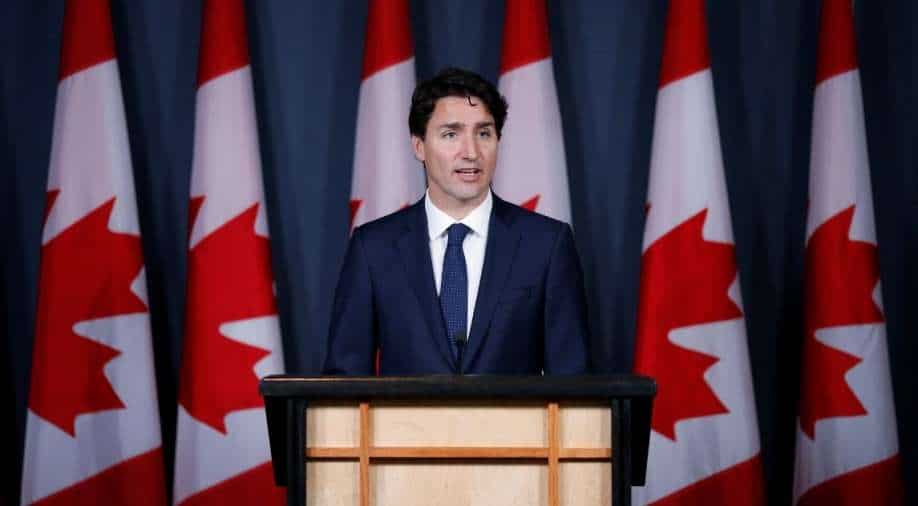 Canada, which had once opposed India’s farm subsidies at the World Trade Organization (WTO), has backed Indian farmers' protests on Minimum Support Price

The protests have also provoked a diplomatic spat between India and Canada which is home to a large Punjabi-origin diaspora.

Canadian Prime Minister Justin Trudeau published a video message on Twitter in which he said the demonstrations were "concerning" and defended the right to peaceful protest.

"We've reached out through multiple means directly to the Indian authorities to highlight our concerns," he added.

India's foreign ministry responded by hitting out at "ill-informed comments by Canadian leaders relating to farmers in India", without directly naming Trudeau.

Specifically, according to the complaint, India left out from its notification information on the total value of production of each of the five kinds of pulses and there were issues around the production quantities of the pulses used to calculate market price support as well as the exchange rate used.

Though willing to defend India’s protesting farmers, Canada has always been vocal at the WTO against India’s food subsidy programmes for its staple crops.

A Geneva-based trade official said Canada was “most vocal challengers” to India exceeding the permitted limit of its rice subsidy in 2018-19.

Canada had challenged India at WTO meetings when it sought to defend its agricultural programmes like the minimum support price (MSP) for staple crops such as rice, wheat and pulses.

Developed countries, including Canada, have been raising the issue of India’s food subsidies at WTO meetings for years. With the adoption of a peace clause in 2013, the pressure intensified.

In July this year, Canada, along with the US, Japan and the European Union had questioned India on exceeding the permitted limits on food subsidies given for rice production — also called de minimis levels under WTO norms — to farmers in 2018-19, official sources told ThePrint. The de minis level is determined as 10 per cent of the value of food production.

“In its responses, India reiterated its compliance with the WTO rules, particularly on the Agreement on Agriculture as well as the Bali Ministerial Decision. It maintained the marketing year 2018-2019 was the only year that it exceeded the de minimis support for rice, which explains why it didn’t notify the public stockholding programme for rice prior to that period,” said the trade official.

In order to continue offering food subsidies to the farmers, India had to invoke the peace clause. The peace clause gives protection to developing countries like India, which run public food stockholding, from being dragged into disputes in case they exceed their de minis level.

India, along with other developing countries like Brazil, China and South Africa, obtained a so-called "peace clause" in 2013 under the WTO during one of its ministerial meetings that were held in Bali, Indonesia.

In July, Canada had registered 25 questions to India with regard to its farm subsidy and also explained the impact such food subsidies will have on global agricultural trade.

Subsequently, in September, a slew of questions was posed to India by Canada and other developed nations regarding its “multiple agriculture policies and transparency issues arising from its new domestic support notifications”, said the above-quoted trade official.

From 2015-18, attempts were made by Canada and other developed nations to also question India’s food stocks programme.

In July 2019, several developed countries, including Canada, made an attempt to take India to the WTO dispute settlement body over the MSP issue.

“It is not in keeping with diplomatic protocol. Canada has questioned India’s farm policies time and again, along with others like the Americans and Australians. Canadians also act at the behest of their major trade partners at the WTO. But as far as their (Canada’s) trade interest goes, they are not large exporters of farm produce, like the Americans or Australians,” Jayant Dasgupta said.