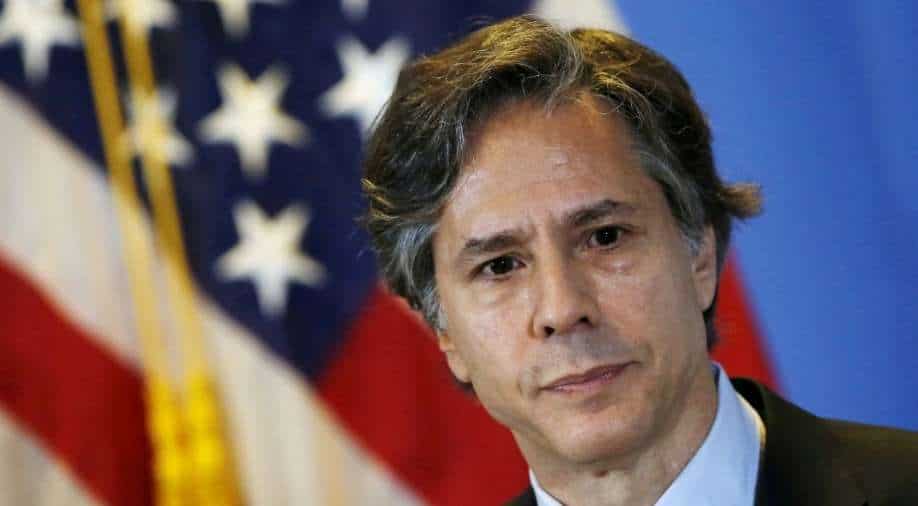 Antony Blinken trusted aide of US President-elect Joe Biden on Tuesday said India has to be a key partner in engaging China from a position of strength.

Blinken said, ''We have a common challenge which is to deal with an increasingly assertive China across the board, including its aggression toward India at the Line of Actual Control.''

Blinken's statement comes as India is embroiled in a deadly border showdown with China in Eastern Ladakh since May and has sought closer military ties with other countries.

Deadly clashes between Indian and Chinese troops over a disputed border region have given the Pentagon fresh fuel to draw Delhi closer, as it seeks a coalition to counter what the US sees as the rapid expansion of China's military presence across the Indo-Pacific region.

Responding to a question from Richard Verma, the former US Ambassador to India, who was moderating the panel discussion, Blinken said that Biden as President would be investing in ourselves renewing our democracy, working with our close partners like India, asserting our values, and so engaging China from a position of strength.

''During the Obama-Biden administration, we worked very hard to establish India as a key contributing member of the Indo-Pacific strategy. And that includes India's role in working with like minded partners to strengthen and uphold a rules-based order in the Indo Pacific, in which no country, including China, can threaten its neighbours with impunity,'' Blinken said.

''That role needs to extend even beyond the region as vast as it is to the world at large. In a Biden administration, we would be an advocate for India to play a leading role in international institutions and that includes helping India get a seat on a reformed United Nations Security Council,'' he said.

''We would work together to strengthen India's defence, and also add its capabilities as a counterterrorism partner,'' he added.

Referring to a 2006 statement by Biden that by 2020, US and India should be closest friends, Blinken said that that has not happened yet, but Biden will make it a reality.