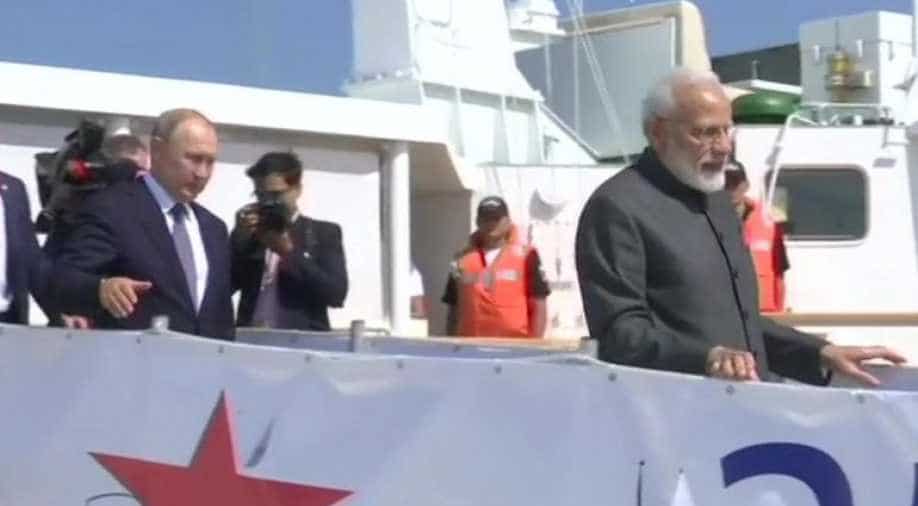 The construction of the complex started in 2009, while the ceremonial start-up of the new shipyard production took place on September 1, 2016, in the presence of Russian President Putin.

Prime Minister Narendra Modi and Russian President Vladimir Putin on Tuesday paid a visit to the 'Zvezda' Shipbuilding Complex with an aim to learn about Russia's exemplary capabilities in the shipbuilding sector as well as explore possibilities of cooperation in this area.

"Zvezda" Shipbuilding Complex is a project of strategic importance for Russia's Far Eastern region and the domestic shipbuilding industry that is implemented under the authority of the Russian President, the Government of the Russian Federation and the Consortium of JSC Rosneftegaz, Rosneft and Gazprombank.

The construction of the complex started in 2009, while the ceremonial start-up of the new shipyard production took place on September 1, 2016, in the presence of Putin.

The Complex is located at a distance of 130 kilometres and 2hr 30min hours from the FESSC campus.

PM Modi arrived here earlier today, on a two-day visit, to hold talks with Putin on the sidelines of the Eastern Economic Forum to give a new impetus to bilateral ties between India and Russia.

In his departure statement, Modi had said that strong bilateral partnership is complemented by a desire to promote a multi-polar world and the two countries cooperate extensively in the strategic fields of defence, civil nuclear energy and peaceful uses of space.