At Modi's informal summit with Putin in Russia, everything will be up for discussion 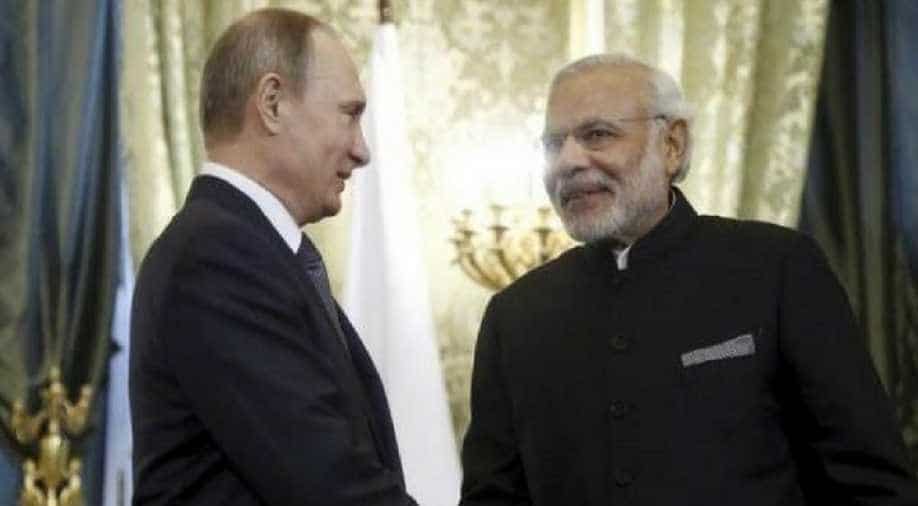 Indian Prime Minister Narendra Modi is all set to meet Russian President Vladimir Putin in the Black Sea resort town of Sochi. This will be an informal summit, so expect no joint communique, guard of honour, joint statements or any other protocol.

Interestingly, this will be Modi's second informal summit in just one month, the first being with Chinese President Xi Jinping in Wuhan.

An MEA press release said: “This will be an important occasion for the two leaders to exchange views on international matters in a broad and long-term perspective with the objective of further strengthening our Special and Privileged Strategic Partnership. Both leaders will also discuss their respective national developmental priorities and bilateral matters.”

Speaking to news agency ANI, the Indian Ambassador to Russia said that the informal summit is a great opportunity for Modi and Putin to discuss different issues. Talks will begin May 21 at 3.30 PM IST in Sochi in delegation format followed by lunch hosted by Putin.

We expect talks to begin at 1 o'clock local time in delegation format followed by lunch hosted by Pres just for PM. We expect them to be together for a few hrs. It's great opportunity for personal chemistry b/w them to discuss different ssues: Pankaj Saran, Indian Envoy to Russia pic.twitter.com/GEscu6cXRY

On the cards will be global and regional issues. From Iran, Afghanistan to Syria, everything will be on the table.

The informal summit comes just after the US withdrawing from the Iran deal, sparking global outrage. Speaking to agency ANI, Ambassador Saran confirmed that the impact of the US withdrawal will be discussed. “Iran is very important subject. There's been recent development with regard to nuclear agreement with Iran. I'm sure it'll come up for discussion between Russia and India because they have relations with Iran of different kinds and have big stakes in Iran,” said Saran.

But terror is likely to dominate the agenda. “ISIS threat, international terrorism, how we need to tackle it, will come up for discussion. Besides India being victim of terrorism from so many years, Russia also has been a victim and is concerned about spread of terrorism within its own country," said Saran.

India and Russia have annual summits. The last summit took place at St Petersberg 2017. During the summit, Modi also participated in the St Petersburg International Economic forum as guest of honour. Subsequently, Modi and Putin also met on the sidelines of the Astana SCO summit in June 2017 and the G20 summit in Hamburg in July 2017. In a few months, Putin himself will be travelling to India for the regular summit.

India and Russia are important defence partners and Moscow has been helping in building nuclear power plants not only in India but in south Asia also. Russia is already participating in the construction of the Kudankulam nuclear plant and has committed to building six plants in Kudankulam. India has signed an agreement with Russia to construct more units in India. The agreement for Kudankulam's units 5 and 6 was concluded during the 18th Annual Bilateral Summit in St Petersburg in June. Besides this, an emerging area of cooperation in the nuclear sector is possible co-operation between India and Russia in third countries.

In Bangladesh, Moscow and New Delhi are pooling their expertise to build the Rooppur nuclear plant.

India and Russia have been long-term defence allies. But the West vs Russia tussle now threatens to impact India. According to the US legislation CAATSA — Countering America's Adversaries Through Sanctions Act — any country trading with the Russian defence sector can be placed under sanctions. India will be impacted by this legislation. Indian government sources told WION that we “won't allow our defence requirements to be dictated by other countries. India has been lobbying with US administration. Russia has been reliable and trusted partner."

Meanwhile, US Pacific commander Harry Harris has already pitched for India being put on an exception list.

Harry Harris commander of the US Pacific Command say India shd be put under exception list of CAATSA law. CAATSA puts sanctions on countries that do trade with Russian defence sector.

Interestingly, just ahead of his summit with the Indian PM, Putin met German Chancellor Angela Merkel and Syrian President Bashar al-Assad in Sochi.