'At 2.3 per cent turnout, Srinagar city records lowest ever voting in any election' 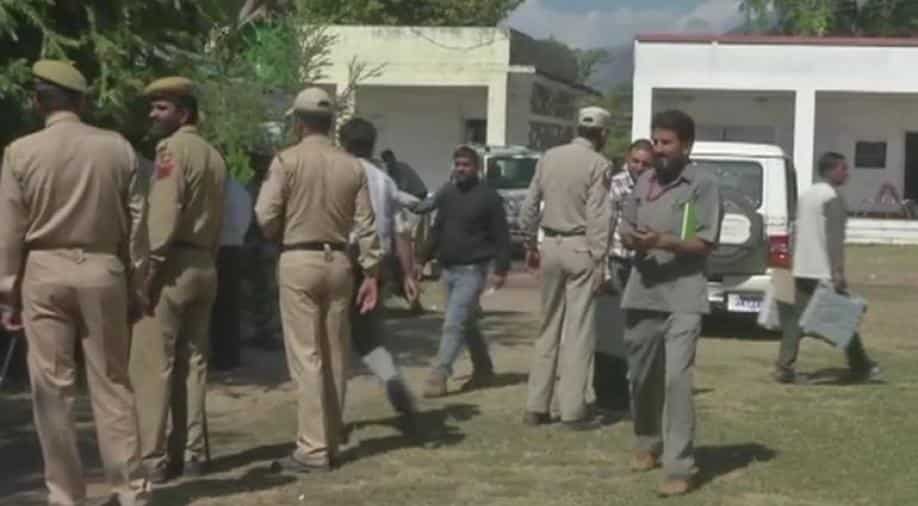 In the Lok Sabha bypolls for Srinagar parliamentary constituency held in April 2017, the voter turnout was marginally higher than seven per cent.

Srinagar City Wednesday recorded lowest ever voter turnout in any election with less than 100 electorate casting their votes in nine out of the 19 wards of the Srinagar Municipal Corporation (SMC) in the second phase of the ongoing urban local bodies polls in Jammu and Kashmir.

As per the state poll panel figures, a meagre 2.3 per cent of the 1.78 lakh city voters stepped out to cast their votes.

It was the lowest voter turn out in any election in Srinagar City, which has shown more inclination towards abstention from the electoral process since the eruption of militancy in the state in 1989.

In the Lok Sabha bypolls for Srinagar parliamentary constituency held in April 2017, the voter turnout was marginally higher than seven per cent.

Only eight of the 10,371 voters cast their votes in Tankipora while nine out of 7,784 voters exercised their franchise in Syed Ali Akbar ward.

Interestingly, the last of the nine votes in Syed Ali Akbar ward was cast before 8.00 am while in Tankipora the last vote was cast just before the voting was to end at 4 pm.

On the contrary, people at Lawaypora and Zainakot wards waited in long queues outside the polling stations to exercise their franchise.

In Lawaypora, over 15 per cent of the 6,385 electorates exercised their franchise while 864 of the 12,754 voters cast their votes at Zainakot.

Mujgund recorded 4.5 per cent polling while Solina registered over 6.3 per cent turn out.

Urban local bodies polls are being conducted in Jammu and Kashmir after a gap of 13 years with last exercise held in 2005.