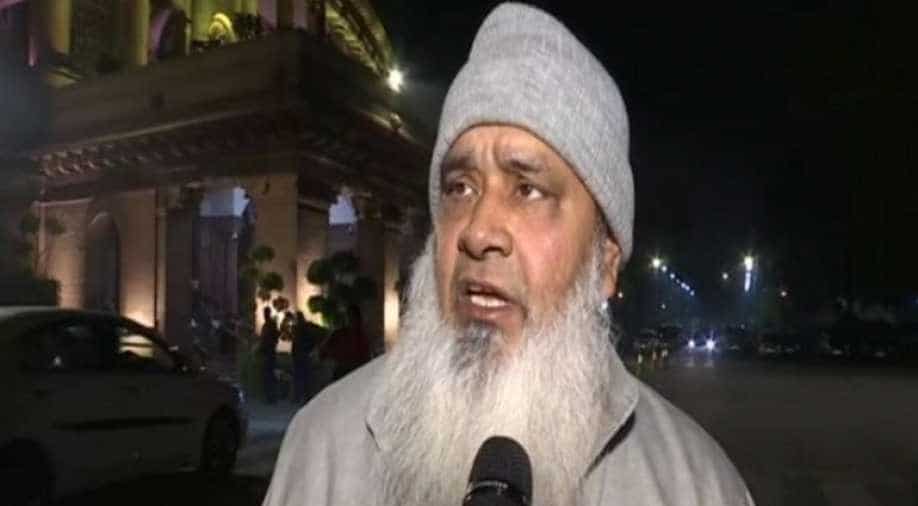 Badruddin Ajmal, the chief of Assam-based All India United Democratic Front (AIUDF), on Tuesday, expressed displeasure with the passage of Citizenship (Amendment) Bill in the Lok Sabha and called it 'unconstitutional.'

"I am against this bill because it is against the constitution. The Constitution does not give the right to bring people to India on the basis of religion," Ajmal told ANI.

He also claimed that the BJP-led the government wants to "bring people to the country on the basis of religion" and added "this is against the Assam Accord. This is just a political stunt to by the Centre to bag votes in the next elections."

"What about those who have come from Pakistan. They may later act as an agent for Pakistan. They will give them jobs also. This is not right," Ajmal added.

The Citizenship (Amendment) Bill, 2019, which was passed by Lok Sabha yesterday, will be tabled in Rajya Sabha on Wednesday, sources said.

The Bill, which seeks to give citizenship to refugees from the Hindu, Christian, Sikh, Buddhist and Zorastrian communities fleeing religious persecution from Pakistan, Afghanistan and Bangladesh was passed in Lok Sabha on Monday.

The House passed the Bill with a majority of 311 votes against 80 votes where 391 members were present and voted.

In Rajya Sabha, the Modi government requires the support of at least 123 MPs in the 245-member house.