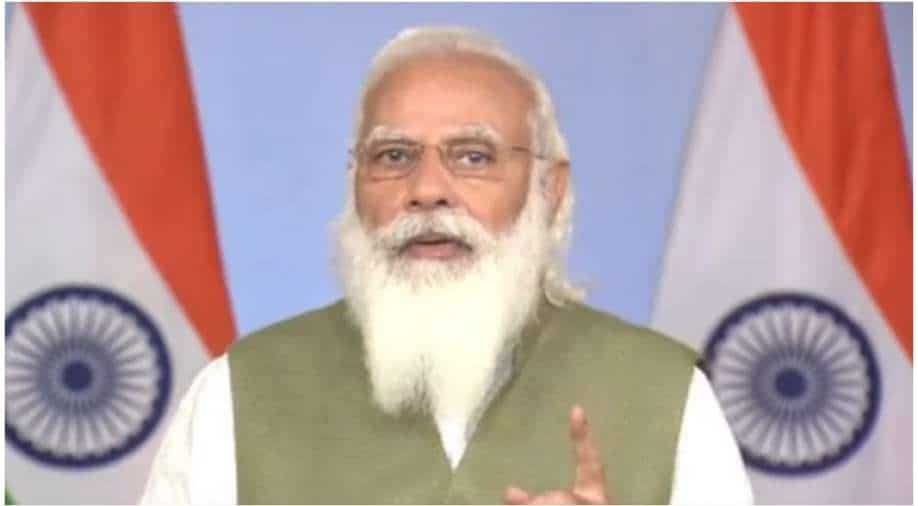 The ancient city of Kushinagar is the final resting place of Gautama Buddha, where he attained Mahaparinirvana after his death, It is among the most important pilgrim spots for Buddhists since ancient times

Prime Minister Narendra Modi will participate in an event marking Abhidhamma Day at the Mahaparinirvana Temple in Uttar Pradesh's Kushinagar on the auspicious occasion of Ashwin Poornima on Wednesday.

Union Ministry of Culture, International Buddhist Confederation in association with the Government of Uttar Pradesh has organised the event.

A Sri Lankan delegation consisting of 123 delegates including a 12-member Holy Relic entourage led by current Mahanayaka of Waskaduwa Temple is attending the event with Holy Relics.

The delegation also comprises of Anunayakas (deputy heads) of all four Nikatas (orders) of Buddhism in Sri Lanka i.e., Asgiriya, Amarapura, Ramanya, Malwatta as well as 5 ministers of the Government of Sri Lanka led by Cabinet Minister Namal Rajapakshe.

The highlight of the event is the Exposition of Holy Buddha Relic being brought from Waskaduwa Subuddhi Rajvihara Temple, Sri Lanka by the Mahanayaka of the temple.

The Prime Minister will offer prayers to the Holy Relic and also visit the Mahaparinirvana temple to offer flowers and chivar to the reclining statue of Buddha. The ancient city of Kushinagar is the final resting place of Gautama Buddha, where he attained Mahaparinirvana after his death. It is among the most important pilgrim spots for Buddhists since ancient times.

The inauguration by Prime Minister Narendra Modi of the Kushinagar International Airport is an important landmark connecting the Buddhist- pilgrimage- holy sites for Buddhists around the world.

The Prime Minister will also do 'Chivar Dana' to monks from Sri Lanka and other countries attending the event. Chivar refers to a "monk's robe". The period after three-month-long Varshavas, observed as a retreat by monks and nuns by staying in vihara during rainy season, is a time of giving, for the laity to express gratitude to Sangh. "Lay Buddhists bring donations to temples, especially new robes for the monks and nuns. Also the gift of the atthaparikara (in Sri Lanka it is known as Atapirikara) - the Eight Requisites - is part of the offerings. However, dana of Chivara can also be given on other occasions," the release said.

The Prime Minister has offered Chivar and Sangha Dana on several occasions both in India and abroad.

Paintings of Ajanta Frescos, Buddhist sutra calligraphy, Buddhist artefacts excavated from Vadnagar and other sites in Gujarat will also be exhibited.

The PM will also view an exhibition of recreation paintings of Ajanta cave frescos by late MR Pimpare of Aurangabad. The exhibition also comprises Buddhist calligraphy of Sutras by noted calligrapher Jamyang Dorjee of Sikkim.

The works of Buddhist art and artefacts excavated from various sites of Gujarat showcases the span of Buddhism in India and the various sources of origins from where it travelled and spread to different directions in the world.

"Vadnagar once thrived with a large Buddhist Vihara where ancient travellers described seeing a congregation of 10,000 Buddhist monks. The exhibition is curated by Ms Kshipra," the release said.