Would never be able to forgive Pragya for Godse remark: PM Modi 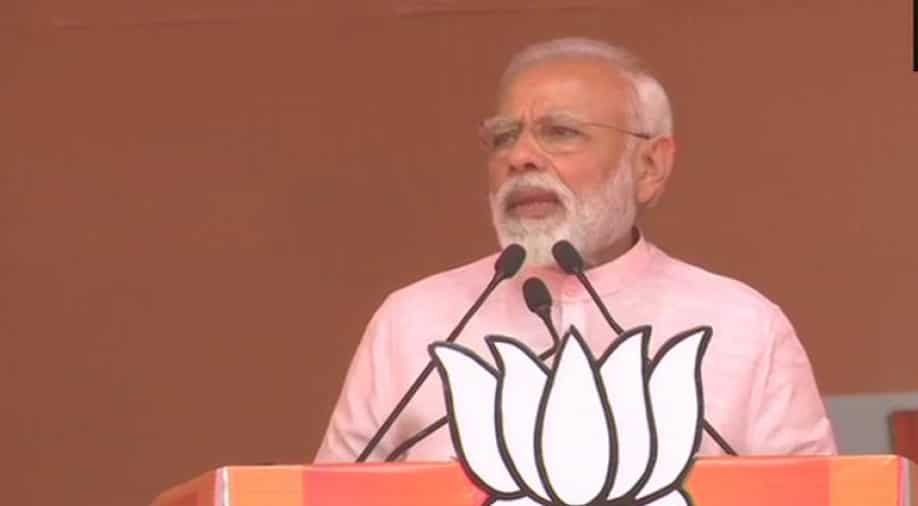 The prime minister told a TV channel during his last rally in Madhya Pradesh's Khargone ahead of the last phase of voting in the Lok Sabha polls, he also said her comments were detrimental to society.

"The remarks made about Gandhiji or Nathuram Godse are very bad and very wrong for society," he said. "She has sought an apology but I would never be able to forgive her fully," he added.

Shah had said the party's disciplinary committee has sought an explanation from them in 10 days.

During a roadshow in Madhya Pradesh's Agar town, Thakur had said, "Nathuram Godseji deshbhakt the, hai, aur rahenge unko aatankwadi kahne wale log swayam ki gireban me jhaank kar dekhe chunav mein aise logon ko jawab de diya jayega (Nathuram Godse was a patriot and will remain a patriot, those who call him a terrorist should look within they will get a reply in this election)".

She was responding to a comment made by actor-turned-politician Kamal Haasan, who had said Godse was the first Hindu terrorist in independent India.

The Malegaon blast accused later apologised for her statement.