Party hopping - once a taboo, now a virtue in western UP 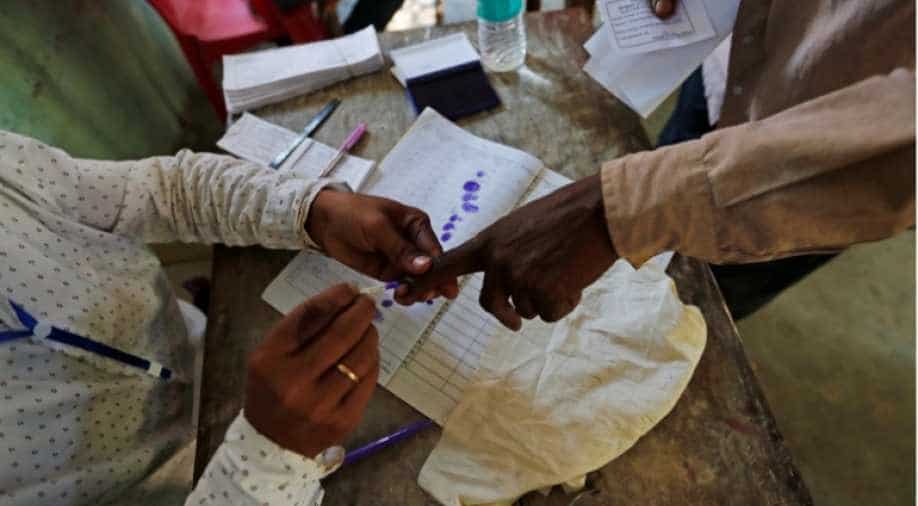 In Nagina, the incumbent MP, BJP's Yashwant Singh, had been with SP, while the Congress candidate, Omwati Devi, has been with all the four principal parties in the state.

Once a taboo, party hopping is now considered a virtue in western Uttar Pradesh with people looking at candidates who switch sides as "political heavyweights".

Old-timers, however, lament the "decline in moral standards" of the people and the candidates over the years.

"In the 1960s and 1970s if a candidate crossed over to the other party, he/she would have to face the wrath of the people and would be ostracised by his/her political supporters for doing it," says Prashant Goel, an advocate from Bijnor.

"I have seen my elders completely sever ties with those who would switch sides. But now it is not an issue, it is not about ideologies any more. The number of parties a candidate has changed adds to his/her CV and he/she is considered a political heavyweight," he said.

Earlier it was difficult to find candidates who have switched allegiance, but now one cannot find a constituency where candidates have not switched sides, Goel said.
His argument holds true as the western UP Lok Sabha seats are full of such candidates who have been part of multiple parties in the past.

In Nagina, the incumbent MP, BJP's Yashwant Singh, had been with SP, while the Congress candidate, Omwati Devi, has been with all the four principal parties in the state - SP, BSP, BJP and Congress - at different times of her political career.

Devi has an interesting track record when it comes to switching allegiance.

However, she was not fielded by the BJP in the parliamentary election.

She fought the 2017 assembly polls on a BJP ticket, but lost the election.

Just ahead of the 2019 Lok Sabha election, she and her husband R K Singh, a former IAS officer, returned to Congress.

"My original home was Congress, but due to certain circumstances, we strayed elsewhere and have now made a ghar wapsi," she said.

"I have gone to people and myself accepted that I made a mistake by going into BJP. But the public has not questioned me about it," she said.

The situation is no different in the Lok Sabha seats nearby.

In Bijnor, Naseemuddin Siddiqui, once considered Mayawati's close aide and one of the most powerful ministers in her cabinet, is the Congress candidate this time.

Not long ago, Danish Ali was the go-to man in H D Deve Gowda's Janata Dal (Secular), but just ahead of the polls he joined the BSP and entered the poll fray from Amroha. He, however, had the blessings of Deve Gowda to make the switch.

In Rampur, Jaya Prada switched to BJP ahead of the polls and entered the fray on the saffron party's ticket after spending years in SP.

Shamim Ahmed, a 70-year-old owner of a sweets shop here, said: "There was a time when people used to get outraged by party hoppers and call them 'dal badlu', but now if there are four brothers in a family, all four of them will be in different parties and would have no qualms about switching allegiances, and neither would the people mind it."

"We just want that work should be done and the leader should be willing to help us in times of trouble. This switching of parties does not matter, it is irrelevant," he said.

Rakesh Mishra, who has been a keen observer of politics of the region, said it is sad that party hopping is considered a virtue now, but reality needs to be accepted.

"Earlier there were not many options and political battles were fought on ideology. So, irrespective of the treatment in the party, you could not think of quitting it as the ideology of other parties did not match with yours. But now it is about winning, about power, so switching of allegiance has become a non-issue," he said.

Narrating an interesting anecdote, an old Congress worker said a leader who had spent his entire lifetime in Congress was asked to move to SP or BSP by his supporters to stay relevant politically in the 1990s.

"The leader gave a wry smile and recited a couplet in Urdu: 'Zindagi kat gayi ishq-e-butan mein Momin, aakhri waqt kya khaak Musalman honge? (Have spent my life worshipping idols, what is the point of turning Muslim in my last moments)," the teary-eyed party worker said, reminiscing the dedication leaders of the yore had for the organisation they spent their life in.