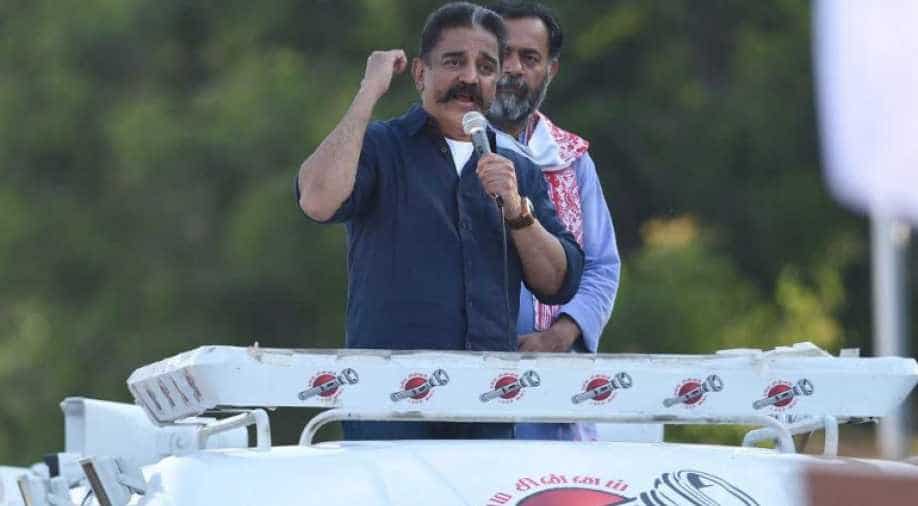 Haasan said that analysts and advisors have foreseen a bright future for the fledgling party.

Actor-turned-politician Kamal Haasan congratulated the BJP for its victory in the 2019 Lok Sabha elections and thanked the people who voted for his party - the Makkal Needhi Maiam (MNM) - in the Assembly elections.

Speaking to reporters at his party office here, Haasan said that their party was like a 15-month-old baby and appreciated how people voted for MNM's brand of honest politics. However, Haasan's party did not win any seats in the 22 Assembly bypolls in Tamil Nadu or the 39 parliamentary seats across Tamil Nadu and Puducherry.

Responding to questions on the massive victory of the BJP, Haasan said, "Its people's verdict, but not that of the people of Tamil Nadu - in reference to the BJP-led NDA winning only a single seat of the 38 seats in the state. It is their responsibility to ensure that they would work for the welfare of Tamil Nadu, and consider the state on equal footing with the ones that they have won."

Clarifying his party's stance on certain projects of the central government that faced opposition in Tamil Nadu, he said, "We are not against development, but we don't want such projects on fertile agricultural lands."

While Haasan's party drew a blank in the polls, they made a statement by exceeding one lakh votes in few constituencies and by coming third in few others. He said, "We have done well given that we are a new party and did not establish ourselves after splitting from any other political outfit. The main obstacles for our party was widespread poverty and money distribution in the rural pockets."

In some areas we secured 12 per cent vote share and our average vote share is nearly five per cent, Haasan added.

Expressing happiness over his party's decision to go alone without any alliance with major parties, Haasan said that analysts and advisors have foreseen a bright future for the fledgling party.