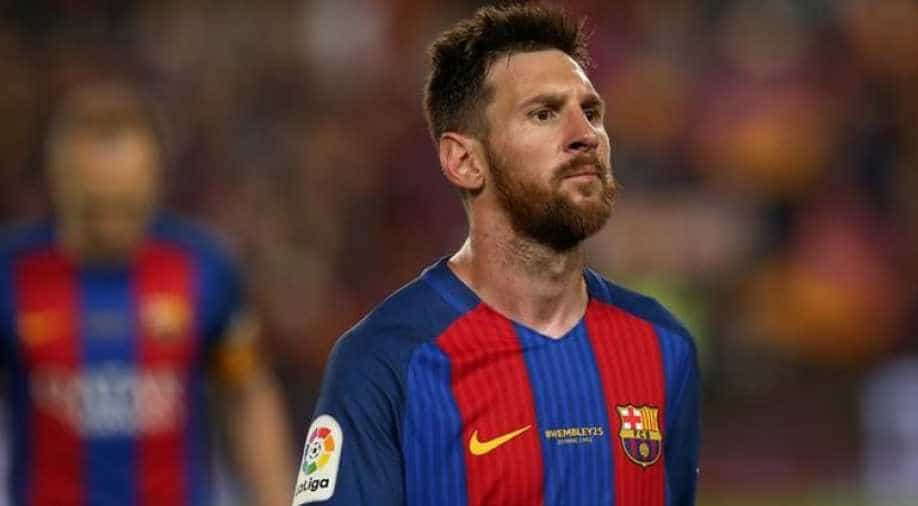 The court has reduced the sentence for Messi's father by 15 months Photograph:( Reuters )

Messi was sentenced in July 2016, but it is likely to be suspended as is common in Spain for first offences for non-violent crimes carrying a sentence of less than two years.

The Argentina international and his father Jorge Horacio Messi were in July 2016 found guilty of using companies in Belize, Britain, Switzerland and Uruguay to avoid paying taxes on 4.16 million euros of Messi's income earned from his image rights from 2007-09.

Both Messi and his father were given 21 months in jail -- sentences likely to be suspended as is common in Spain for first offences for non-violent crimes carrying a sentence of less than two years.

They appealed to the Supreme Court.

While the court confirmed the sentence for Messi on Wednesday, it reduced it to 15 months jail for his father, taking into account that his football star son had paid back the defrauded money to tax authorities.

During last year's trial, Messi had argued that he trusted his father with his finances and "knew nothing" about how his wealth was managed.

But the Supreme Court argued that he would have known about his obligation to pay taxes on income earned from his image rights.

Messi's tax fraud trial in June last year took place against a backdrop of simmering voter anger over steep cuts to health and social spending, as the government struggles to bring Spain's public deficit down.