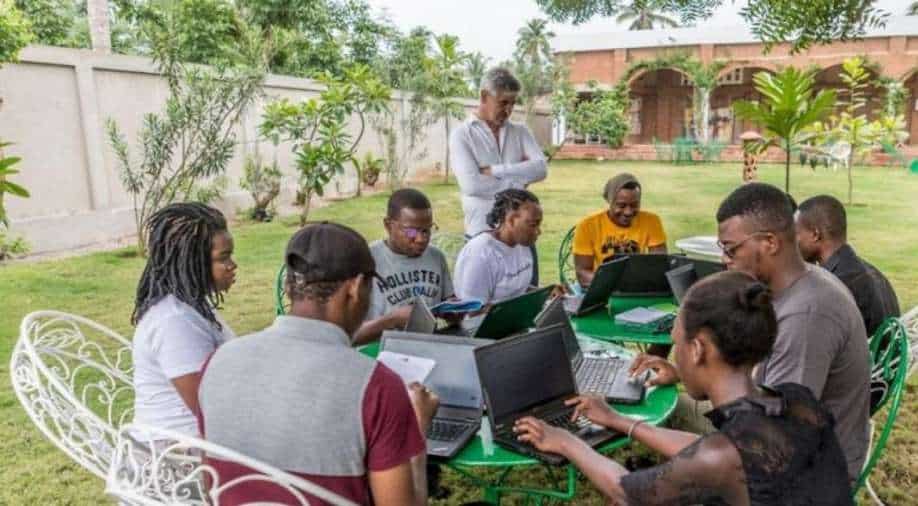 In a luxury villa on Lake Togo, ten young West African screenwriters are getting a rare chance to hone their skills and see their work on the small screen.

In a luxury villa on Lake Togo, ten young West African screenwriters are getting a rare chance to hone their skills and see their work on the small screen.

The Togo initiative by Maison Junior association brings together writers from five countries with the idea of eventually crafting the second season of the French series "Junior des idees au Or" –- "Junior with the golden ideas" -- to become the first major French series written entirely in French-speaking West Africa.

The animated film takes a look at the daily lives of a group of African schoolchildren, including the hero Junior.

"In Season 1, it was French screenwriters who made this series and who spoke about the daily life of African children," said Christophe Guignee, screenwriter, cartoonist and co-founder of Maison Junior.

"Now we are turning it around: it is African screenwriters who will talk about the daily life of African children. It  must be accessible for Europeans and at the same time, something Africans can identify with."

Accompanied by two French professionals and one Togolese, the ten have already completed a four-month distance course.

After the stay in Togo, the young screenwriters will have another two-month period of distance training.

"This training is interesting, because it allows us to offer content that is modelled on our realities, on what we are experiencing in Africa," said Odilon Edjedji, a 25-year-old from neighbouring Benin.

For the young writers, it is a real chance at sharpening their skills.

"In Africa, it is not always easy to train in cinema. And as for scriptwriting, it is not easy, because training is rare," said Anais Kere, a 23-year-old Burkinabe journalist, screenwriter and film critic.

The training is both theoretical and practical. But it also has a new challenging aspect.

Two famous Togolese slam-rappers, are also supervising the students in conceiving a song for the series.

Sitting around a table in the middle of the villa's lush garden not far from the Togo capital Lome, the young screenwriters have trying to adapt text to music.

"There are things that I did but did not understand," said Yoann Feteke, a young Togolese screenwriter.

"With this training, I gradually mastered all the stages of writing."