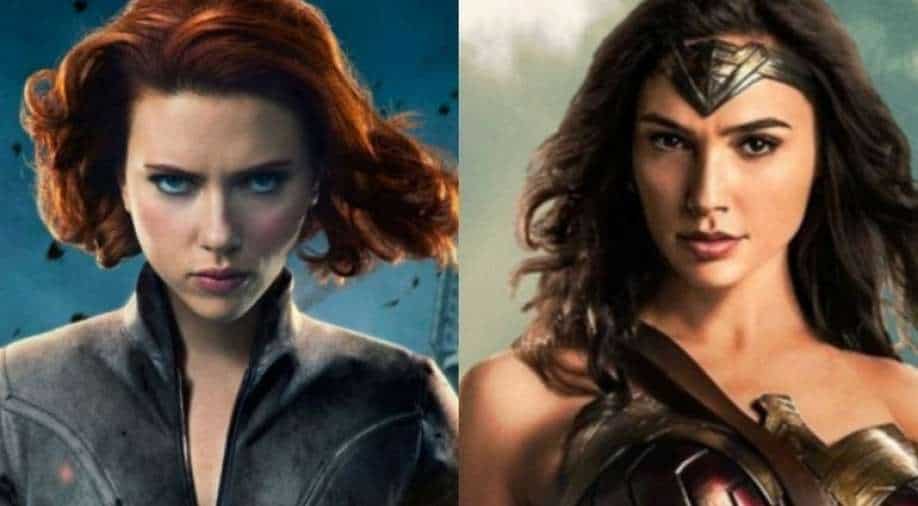 This year, the superheroes, well-equipped to fight the Nazis, aliens, secret world and magical beings, found themselves lost in the pandemic. It’ll be nice to see how the heroes bring back hope in a world that has become more gloomy and dark.

2020 has been the toughest year for Marvel and DC fans. A year that was supposed to be a jam-packed season in the Superhero Universe, turned upside down and hollow due to the real-life calamity called the COVID-19 pandemic. When real life turned into an apocalyptic movie, it was inevitable that the reel-world had to wait. As Hollywood studios are slowly treading deep waters by resuming shoot of big-budget films in a post-COVID world, the wheels are slowly catching the pace for the stalled movies as well.

The MCU found itself in a dull phase where no movie from the mega-studios made its way to the viewers. This has been the longest pause in the cinematic ‘verse since 'The Incredible Hulk' (2008) was followed two years later by 'Iron Man 2'. Another major setback for the studios was the sudden demise of ‘Black Panther’ Chadwick Boseman. While the studio and the fans grieved all around the world, it also put the plans for 'Black Panther 2' on hold. DC, on the other hand, found itself in murky waters after Zack Snyder started his own ‘Snyderverse’ and the new Batman film went through an epidemic of its own.

The Marvel Cinematic Universe roadmap feels a little less clear than it did after the rousing success of 'Endgame' last year when the world seemed a lot simpler. Considering the fact that the MCU functions in Phases and even the slightest delay can cause major changes in the timelines of all the subsequent films.

By now, we were supposed to have seen the Black Widow prequel film, Amazonian warrior ‘Wonder Woman’ was supposed to take us to 1984 and the fanbase would’ve been getting hyped for ‘Eternals’. Now, “Black Widow” has been moved to summer 2021 and ‘Eternals’ to fall 2021. We don’t fully know how the COVID-19 pandemic will impact films still in development.

As of now, here’s what the future looks like for MCU and DC Universe currently:

There are still many mysteries surrounding the plot of ‘Wonder Woman 1984’, but Patty Jenkins has noted that the year simultaneously featured both the best and worst of humanity on the global scale. Gal Gadot will be back in her classic armour for the adventure as Wonder Woman, while (surprisingly) Chris Pine will also be back as the formerly-dead Steve Trevor. Kristin Wiig will be playing one of the central villains of the film, the classic Wonder Woman antagonist Cheetah (though she starts the story as Diana's nerdy gal pal Barbara Ann Minerva), and Pedro Pascal is playing Maxwell Lord – a scrupulous businessman who is selling people their dreams... for a horrible price.

Directed by Cate Shortland, Black Widow will see Scarlett Johansson returning as Natasha Romanoff; Stranger Things’ David Harbour as Alexi; Florence Pugh as Yelena Belova (a “sister figure to Natasha” who takes up the Black Widow mantle in the comics, hint, hint); O-T Fagbenle as Mason, and Rachel Weisz as Melina Vostokoff AKA Iron Maiden in the comics. The Taskmaster will also be in the Black Widow movie, but we don't know who's behind the mask just yet. The story, according to director Cate Shortland, will have the audience understanding Black Widow’s past and “she gets to put all the pieces of herself back together.”

Releasing on July 9, 2021, the first Asian-led superhero movie will feature Simu Liu as Shang-Chi, the Master of Kung-Fu. Tony Leung will be playing the real Mandarin and leader of the Ten Rings. Awkwafina will also appear in Shang-Chi in an as-yet-unnamed role.

Although David Ayer's Suicide Squad was not exactly critically-acclaimed, the film was definitely still successful enough at the box office to warrant a sequel. And what's more, the DC Extended Universe has dipped into the Marvel Studios talent pool to help get the film made. After being fired from Guardians of the Galaxy Vol. 3 by Disney, it was revealed that Warner Bros. pursued James Gunn to write the script for Suicide Squad 2, and after a long period of speculation he signed on to direct it as well. The film will be titled The Suicide Squad, and it’s been said that it won’t really be a direct follow-up to Ayer’s movie, but instead will take the premise in a different direction while still featuring some of the same characters. Margot Robbie, Jai Courtney, Viola Davis, and Joel Kinnaman are all set to return as Harley Quinn, Captain Boomerang, Amanda Waller, and Rick Flag, respectively, and the rest of the cast includes David Dastmalchian as Polka-Dot Man, John Cena as Peacemaker, Daniela Melchior as Ratcatcher 2, Idris Elba as Bloodsport, Flula Borg as Javelin, Nathan Fillion as T.D.K., Peter Capaldi as The Thinker, Pete Davidson as Blackguard.

Eternals will now be the third Phase 4 movie and is releasing on November 5, 2021. It's also had a name change: Eternals instead of The Eternals.

The Eternals cast includes Richard Madden as Ikaris, Angelina Jolie as Thena, Kumail Nanjiani will be playing Kingo, Salma Hayek (Ajak, the “leader of the Eternals,” according to Feige), Brian Tyree Henry (Phastos, a “genius,” says the actor), Don Lee as the hulking Gilgamesh, while Lia McHugh and The Walking Dead’s Lauren Ridloff rounds out the currently confirmed cast, playing Sprite and Makkari respectively. Game of Thrones actor Kit Harington will also appear as the Black Knight. Feige himself has given a small peek into what to expect from the Eternals story, having told ComicBook.com: “It will be a story that will introduce you to this incredibly eclectic group of immortals, they're the focus of the story." He said of the setting: "It takes place in our universe – it takes place in the MCU.”

The untitled Spider-Man 3 has been confirmed for December 17, 2021 after a delay and will be part of Marvel Phase 4. The masked hero of the neighbourhood went through its own identity crisis this year. First, Sony and Marvel's Spider-Man agreement broke down. The result? Spider-Man was out of the MCU. Then Tom Holland spoke out about it, saying: "It's been a crazy week... I love you 3000." Sony Pictures chairman Tony Vinciquerra even firmly stated "the door is closed" on a Spider-Man return.

Later, Spider-Man returned to the MCU in late September, alongside news of a Spider-Man threequel (something Tom Holland had previously called, "something very special") and that the character would appear in a "future Marvel Studios" project. Holland's Peter Parker will also feature in Sony movies moving forward.

Thor: Love and Thunder – initially the last movie of Marvel Phase 4 before a release date reshuffle – is coming on February 11, 2022, and will see Jane Foster (Natalie Portman) as the new Thor (now officially called Mighty Thor). Chris Hemsworth will be back at the God of Thunder, while Tessa Thompson is playing Valkyrie for the third time in the MCU. Taika Waititi is also returning to direct and write Love and Thunder. The villain of the piece is reportedly none other than ex-Batman actor Christian Bale.

Batman is a project that has certainly had more than its fair share of ups and downs. At one point this was to be a DC Extended Universe film directed by Ben Affleck and was going to feature the titular hero going up against Joe Manganiello as Deathstroke. But that’s not at all the form in which the movie now exists. Instead, director Matt Reeves is now at the helm, and the franchise has decided to go in a totally new direction with the Caped Crusader, specifically by hiring Robert Pattinson to play the new big-screen version of Bruce Wayne a.k.a. Batman for what can be described as an Elseworld story.

Doctor Strange in the Multiverse of Madness (March 2022)

All has changed in the Sanctum Sanctorum for the Doctor Strange sequel, which is now slated for March 25, 2022. The sequel was initially meant to come before Thor: Love and Thunder but was moved to after in a release date reshuffle. Director Scott Derrickson, who helmed the original Doctor Strange, has departed Multiverse of Madness, citing “creative differences.” No replacement has yet been officially announced, though Sam Raimi told a conference call at which GamesRadar+ was present that he will be involved in the project.

Many films are already in the pipelines including ‘Black Panther 2’, ‘Captain Marvel 2’ in the MCU and ‘Aquaman 2’, ‘The Flash’ in the DC Universe.

This year, the superheroes, well-equipped to fight the Nazis, aliens, secret world and magical beings, found themselves lost in the pandemic. It’ll be nice to see how the heroes bring back hope in a world that has become more gloomy and dark. The makers will be at their wit’s end to include some fraction of the dramatic reality being experienced by all, the fans are all in to see that. The schedule till 2022 looks exciting, provided, no other virus attacks the world.