Watch: Salman Khan trends as he drives an auto near farmhouse in Mumbai 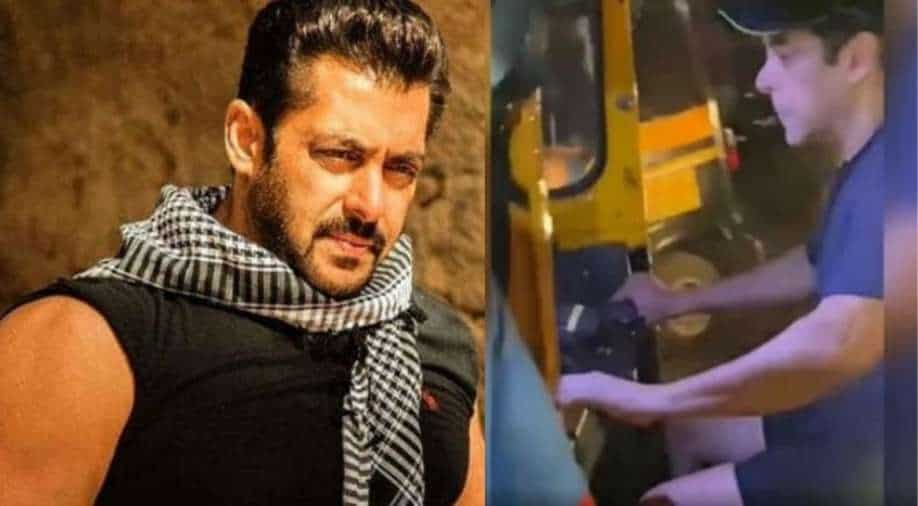 Salman Khan is finally out of the hospital after he was bitten by a snake at his farmhouse in Mumbai. Soon after getting discharged, he was spotted drriving an auto as onlookers were stunned at the sight.

After celebrating his birthday with close friends, Bollywood star Salman Khan was spotted among fans as he ditched his car for an auto and no he wasn’t seen sitting behind like a passenger but infact driving it.

Just outside his Panvel farmhouse, Salman Khan stopped traffic as onlookers gathered to catch a glimpse of the actor. In the video that has now been circulating, Salman is seen wearing shorts and a blue T shirt.

Just two days prior, Salman Khan had to be hospitalised as he suffered a snake bite and was rushed to a hospital. Luckily, no harm came to him as the snake was non venomous. The incident took place on Saturday night. He was taken to a hospital in Mumbai and was discharged the following morning.

In Pics: King of Controversies: Salman Khan and everytime he made headlines

As for work, Salman was last seen in ‘Antim: The Final Truth’. He is now preparing for Tiger 3 which will also see good friend Shah Rukh Khan in an important cameo.