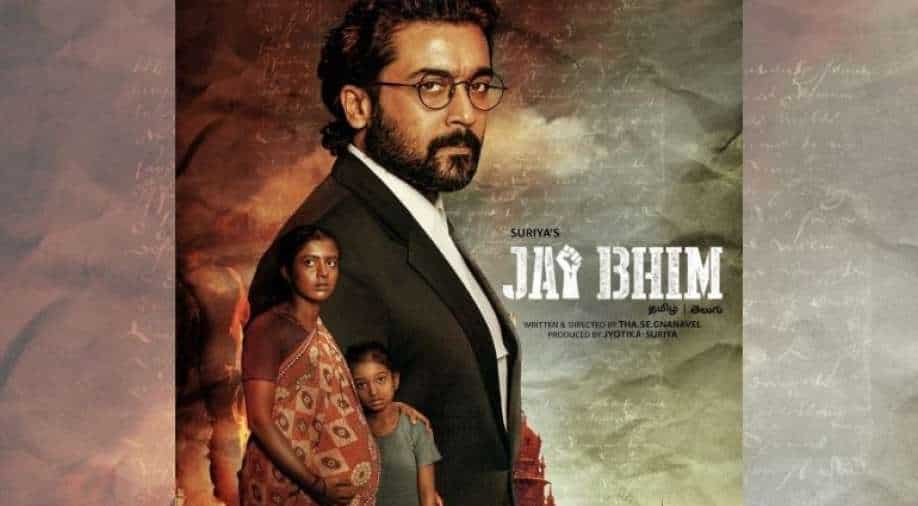 Much in news for having removed others from their top spots in IMDb rating including classics like ‘Shawshank Redemption’, Jai Bhim is now this year’s most searched and most trending film.

With the year 2021 coming to a close, it’s that time of the year when we start compiling lists of everything that worked and everything that flopped. Among all the films that we saw releasing, either on theaters or OTT, one stood out and that was Suriya’s ‘Jai Bhim’.

Much in news for having removed others from their top spots in IMDb rating including classics like ‘Shawshank Redemption’, Jai Bhim is now this year’s most searched and most trending film. It leaves behind any Salman Khan or Akshay Kumar film in search volumes and buzz generated around a film.

T J Gnanavel’s film focuses on the real-life struggles of marginalised groups in the country. It was based on the real story of Irula woman Parvathi finding justice for her husband, who was arrested and tortured by police in a false case of theft. Suriya played the role of a lawyer turned-judge, K Chandru.

In the most trending film of 2021 list, Sidharth Malhotra and Kiara Advani starrer ‘Shershaah’ clinches the second spot. It is based on the life of Indian army captain Vikram Batra and his actions during the Kargil War.

On the third spot is Salman Khan’s ‘Radhe: Your Most Wanted Bhai’ and Akshay Kumar’s ‘BellBottom’. According to Google, Marvel Studios’ Eternals is on the fifth spot in Google’s most searched films list. Another south Indian film, ‘Master’ starring Thalapathy Vijay in the lead, has grabbed the sixth spot.

The recently released Akshay Kumar film ‘Sooryavanshi’ features at the seventh spot in the list. The film is helmed by Rohit Shetty and Katrina Kaif has played an important role in it.